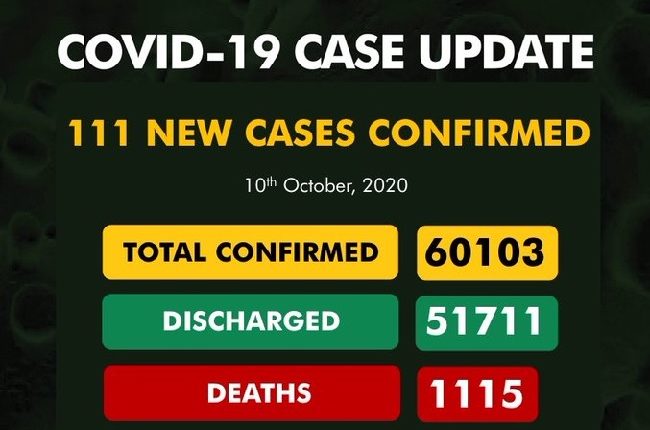 Nigeria recorded 111 new cases of COVID-19, on Saturday, bringing the total number of confirmed infections to 60,103.

The Nigeria Centre for Disease Control (NCDC) made this known via Twitter, noting that 51,711 patients have been discharged from 36 states and the Federal Capital Territory, Abuja.

It also added that 1,115 deaths have so far been reported.