Nigeria and the lessons from Brexit 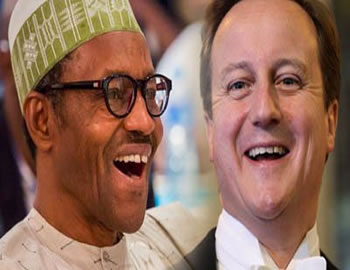 BEYOND the uproar that greeted the recent vote by British citizens to leave the European Union in a referendum (Brexit) is the more fundamental issue of the referendum itself representing a reflection of the British leadership’s belief and acceptance of the fact that ultimate power rests with the people and that they should make decisions on the significant issues affecting society. When the British Prime Minister, David Cameron, called for the referendum on the vexed issue of the continuing membership of the EU by Britain, he obviously thought that the majority of the British electorate shared his view on the country remaining part of the EU. But embedded in that call was also the possibility that the electorate could as well prefer an exit from the EU by a majority, which possibility eventually played out.

The point here is that Cameron did not believe that the electorate having only re-elected him last year with an increased majority in the Parliament already gave him the legitimacy to assume their position on the EU question.  And as it turned out, he was indeed right that he could not really take for granted the opinion and position of the British electorate on the issue. Here we find not just an internalisation, but also the celebration of the deep democratic value of not imposing decisions on the people, not taking their opinion for granted, and not responding to the grievances and anxieties of the people with disdain, as democracy is ultimately about the people, their concerns and interests, and not the predilection and preferences of the leaders.

Incidentally, this is not what we find in Nigeria where the people are not just taken for granted, but are treated as if they do not matter on important and fundamental issues affecting the country. Leaders in Nigeria routinely substitute themselves for the people and carry on as if they have been invested with ultimate powers apart from the people. Take the issue of the restructuring of Nigeria for example. Those in authority have, on many occasions since 1999, tended to believe that their emergence confers on them the final position on how the country is to function or whether it even needs restructuring. They are on record many times declaring magisterially that the unity of the country was not negotiable and that they were not favourably disposed to talking to people with grievances who question whether the country should continue to exist as one.

The point, however, is that government’s preference for Nigeria’s continued existence does not preclude the right of other Nigerians to other preferences, with the implication that all Nigerians would need to have a say on such an important issue before the country could reach a decision.  This should be a decision for all Nigerians as we have seen in the example from the vote in Britain on the membership of the EU and the earlier one on whether Scotland should have independent existence and not just one for the government to make. It must recognise the limitation of its own preference and not pretend that it could speak for all Nigerians authoritatively on such an issue.

The truth is that there is nothing sacrosanct about the existence of Nigeria as one entity beyond the overwhelming preference  of  Nigerians  for  such  existence. Where a significant majority of Nigerians do not want such existence to continue, government would only be delaying and not stopping the inexorable march to the actualisation of such preference. In reality, the duty of the government would be to work through its activities in such a way that most Nigerians would continue to prefer the united existence of the country and not to believe that the continued existence of the country could be guaranteed through imposition.

The issues of the existence of the country and the nature of its restructuring are more fundamental than the election of a government and deserve the voice of all Nigerians before a decision could be reached. Nigerian leaders should take a cue from the British and other democratic leaders in the world by recognising the inalienable and ultimate right of the Nigerian people to decide and determine how they should be governed. This is the major lesson that could be drawn from the Brexit vote in Britain and this lesson should be internalised by Nigerian leaders to let them realise that the existence of any country is negotiable under democratic principles and internationally guaranteed human rights as it is ultimately dependent on the wishes of the people.

Nigeria will succeed with parliamentary system