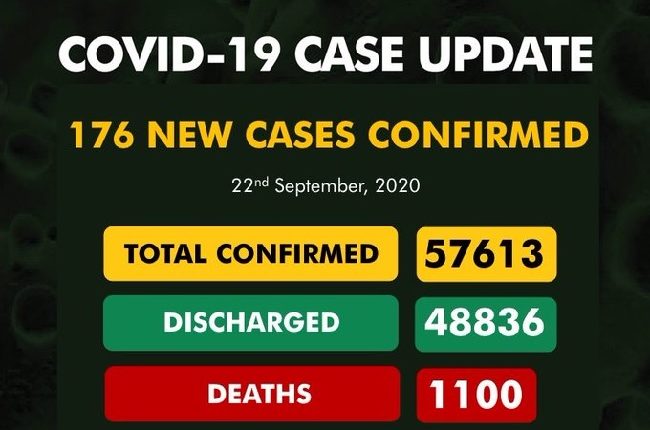 The Nigeria Centre for Disease Control (NCDC) has announced 176 new cases of COVID-19 infections in the country, bringing the total number of confirmed cases to 57,613.

The NCDC made this known on its official twitter handle on Tuesday.

Man impregnates girlfriend, after delivery of twins, allegedly sells them for N150,000