• As over 5million consumers remain unmetered 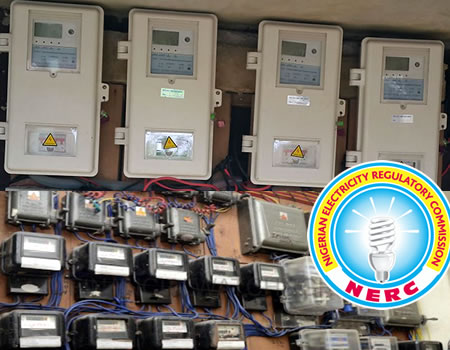 The regulation was introduced as a means of ensuring that customers were not issued arbitrary bills that were unrelated to actual consumption or any other metric for estimating their energy consumption.

According to the Commission, successful implementation of the methodology was hindered by the inadequate level of metering of feeders and distribution transformers which form the source data for the effective application of the estimation methodology.

It explained that as a result, over 65 per cent of complaints filed at DisCos’ customer care centres were about overbilling and non-provision of meters.

“The inadequacy of accurate data required for the estimation of consumption of unmetered consumers produced the most significant customer complaints with non-provision of meters and unrealistic billing of unmetered customers accounting for over 65 per cent of complaints lodged at customer care centres of DisCos, disputes filed at Forum Offices and subsequent appeals to the Commission,” it read.

The Commission also stressed that the unrealistic estimated bills have adversely impacted on the market revenues, as a consequence of customer apathy and declining willingness to settle their invoices in full.

As a result, the Commission capped collection of electricity invoice from unmetered customers saying: “The Estimated Billing Methodology Regulation is hereby repealed and shall cease to have effect as a basis for computing the consumption of unmetered customers in NESI.”

Following the new Order, NERC directed that DisCos to ensure that all customers on tariff class A1 within their franchise areas are enumerated and metered by 30 April 2020.

“Class A customers use grid-connected premises for agriculture (with the exclusion of agro-allied processing), water boards, religious houses, government and teaching hospitals, government research institutes and educational establishments,” it explained.

Also, it stated that: “All unmetered R2 and C 1 customers shall not be invoiced for the consumption of energy beyond the cap stipulated in Schedule 1 of this Order.

“A customer of XYZ DisCo resident in White Acre under R2 (single-phase) tariff class has an energy cap of 78kWhr per month and a tariff of NGN24/kWhr. The maximum that XYZ DisCo can invoice such a customer is 78kWhr x NGN24/kWhr – NGNl,872.00 per month.

“Customers are to note that energy consumed for the purpose of estimated billing is capped during the transitional period till they are metered but the actual amount payable shall vary in the event of any approved tariff reviews affecting their customer class.”

It further stressed that: “All R 1 customers, who by definition consume no more than 50kWhr of energy per month, shall continue to be billed at NGN..4/kWhr and a maximum of NGN200 per month unless amended by an Order of the Commission.

“The energy cap prescribed by the Commission shall only apply to R2 and C 1 customers. All other customers on higher tariff classes must be metered by DisCos no later than 30 April 2020, failing which these customers are not liable to pay any estimated bill issued by the DisCo.”

It stressed that: “Customers on higher tariff classes not metered beyond 30 April 2020 shall remain connected to supply without further payment to the DisCo until a meter is installed on the premises under the framework of MAP Regulations or any other financing arrangement approved by the Commission.

“Customers whose current estimated bills are lower than the prescribed energy cap shall remain so without any upward adjustment until a meter is installed by the DisCo under the MAP Regulations or any other initiative approved by the Commission.”

Meanwhile, the Commission noted that the Meter Asset Provider (MAP) Regulations targeted at metering all customers within three years, is faced with constraints ranging from changes in fiscal policy and limited availability of long-term funding.

These, it said have led to limited success in the meter rollout.

It disclosed that data from the ongoing customer enumeration exercise indicated that customer population has grown from 5million in 2012 to over 10 million as at December 2019 with about 52 per cent of the population being invoiced on the basis of estimated billing.

“The imperative for mitigating the risk of unrealistic and arbitrary billing of unmetered customers, however, remains a key priority during the transitional period until Commission’s target of “meters for all” in the MAP Regulations is achieved in NESI,” it added.

We’ve provided over 120,000 households with metres in three years ― Ikeja…