Arts and Culture
By Akintayo Abodunrin On Oct 25, 2020 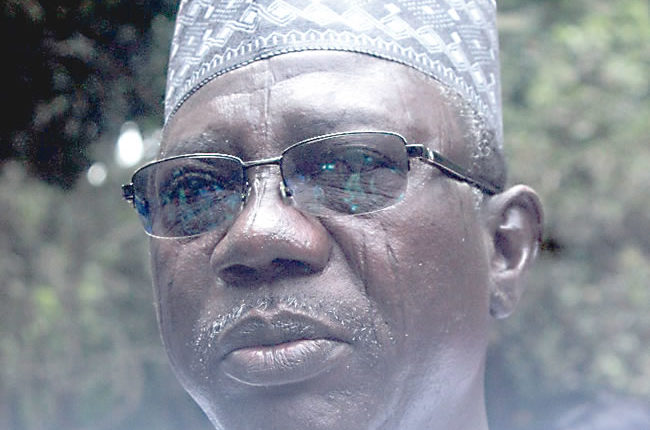 The recently appointed helmsman of the National Commission for Museums and Monuments unfolded his vision for Nigeria’s heritage sites during a tour of the Osun Osogbo Grove.

DIRECTOR-General of the National Commission for Museums and Monuments (NCMM), Professor Abba Isa Tijani has said he would partner with the private sector to maintain the country’s heritage sites due to government’s lean resources.

The DG disclosed this last Thursday after an inspection of the Osun Osogbo Grove, one of the country’s two UNESCO World Heritage Sites maintained by the NCMM with support from organisations including the Adunni Olorisha Trust (AOT).

The professor of museology and anthropology at the University of Maiduguri expressed happiness with the state of the heritage site and commended partners and staff of the Commission for keeping it in pristine condition.

He said, “In terms of the preservation and care, I’m impressed because I’ve gone round. I can see that almost everything is in good shape, well preserved. And that’s because of the hardworking staff of the Grove under the NCMM in partnership with  NGOs and  the traditional institution.”

He added: “This kind of cooperation is what I’m going to pursue during my time because the government’s resources are not enough to look over 50 museums across the country and over 65 monuments and sites. The little resources we have cannot go round; it cannot even take care of what we are doing at the headquarters. So, I’m looking for a partnership with the private sector, and we have started.”

The DG disclosed that he would also collaborate with banks to showcase the nation’s artefacts to the public. “We want to partner with the banks because they have large customers that visit them. We can have an exhibition area within the banking halls and the ATM areas so that people can have access to our collections. They will be able to see, appreciate and learn from our rich history and culture. Many don’t have the opportunity to visit museums, so we want to take the museum to them.”

The former acting director of UNIMAID’s Centre for the Study of Cultural Sustainability also reiterated his commitment to staff welfare. He said “One of the most important components in any museum is the staff. We say that we have priceless collections in our care, but I think the most priceless in the museum is the staff. First, we have to take care of them. They have to be in good shape, have the encouragement, the incentives and the confidence for them to work in the museum. Once their welfare is addressed, they will take care of the objects. They will be able to interpret the objects, and display them in a way that will communicate, pass a message to our visitors. Staff welfare is uppermost in my mind, and I want to work with them directly. Any member of staff can call me directly if they have suggestions or have any issues.”

Professor Tijani also assured of continuous cooperation with the AOT, dedicated to preserving the UNESCO site. “We appreciate your contribution, your effort in preserving and protecting our cultural heritage. Please continue so that our people would benefit from it. I do look forward to working and partnering with you. I appreciate your effort.”

The visit to the Osun Osogbo Grove was part of the DG’s tour of museums in the southwest following his appointment in August. He had earlier visited the National Museums at Onikan and Ibadan, and also the one at Ile-Ife.