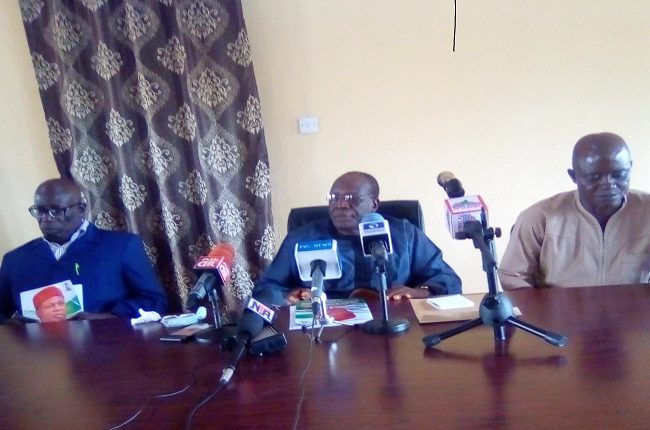 Taraba state commissioner for information and reorientation, Barr Danjuma Adamu, has said the Nigerian centre for disease control (NCDC), death record of COVID-19 on Taraba as a mistake.

Adamu stated this on Tuesday in a press briefing on the update of governor Darius Ishuku’s achievement so far in Taraba which held at the state broadcasting service conference hall Jalingo.

The commissioner noted that Taraba state been among states with least cases of the deadly virus, the state has not to record any death in regards to the pandemic as claimed by the NCDC.

According to him, the NCDC’s COVID-19 mortality claims on Taraba could be mistakes of identity.

“I am a member of the COVID-19 technical team here in Taraba and In our isolations centres, we have not recorded any death as being claimed by the NCDC.

“The COVID-19 mortality record on Taraba state is not authentic if a Tarabian who is staying in another state died of the disease in where he or she is, the NCDC should not record it under Taraba state.

“We are doing our best here to ensure the safety of the citizens and that is why governor Ishuku has within the shortest time equip all our isolations centres for proper handling of the pandemic patients.

Meanwhile, calls put to NCDC response team in Taraba to respond to the allegation proved abortive as phones were not answered as the time of press.

Danjuma Adamu in a briefing said governor Ishuku was doing all within his powers to change the underdevelopment status of Taraba state.

According to the commissioner, the governor has embarked on developmental projects like, roads constructions and rehabilitations, upliftment of Agric and education sectors, finding lasting peace among ethnic groups for possible development and transformation of Taraba state.

He assured that projects would not be play politics with, noting that the governor was poised to changing the underdevelopment status of Taraba for citizens to thrive.
NIGERIAN TRIBUNE

Offa robbery: ‘How sick armoury officer was killed inside his office while sleeping’