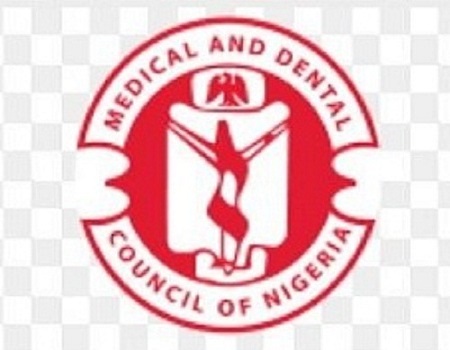 The Medical and Dental Consultants’ Association of Nigeria (MDCAN) has backed the move by the Federal Government to reopen all schools across the country in phases to ensure normalcy is restored to the education sector.

The University College Hospital (UCH) Chapter of the association made its position known during a press conference which was held to commemorate its Annual General Meeting and Scientific Conference Week with the theme “Science and Mis-Science of COVID-19”.

The MDCAN UCH Chairman, Dr Dare Olulana, said that reopening of schools in line with COVID-19 precautionary guidelines was safe based on what scientific observations had revealed about the virus thus far.

Olulana, hinged at the press briefing by NMA Oyo Chairman, Dr Ayotunde Fasunla, Dr Yemi Raji and Dr Happy Adedapo among other members of the association said that although little was known at the initial outbreak of the pandemic when it started,  scientists had since learnt quite a lot about the disease, its transmission and survival rate.

“And if you want to release the lockdown it can’t be complete immediate release, it has to be serial and phased release which the Federal Government has actually learnt and we commend them for that.

“It is now time for them to reopen the schools, we cannot keep the schools closed forever; what we are saying is based on science.

“But once the schools are going to be opened, measures have to be put in place to ensure safe distancing, hand-washing measures and the students should also have face masks in place,” he said.

Olulana, however, expressed worry over the inadequacies of the facilities and infrastructures especially in many public institutions of higher learning as it could pose some challenges with the enforcement of COVID-19 guidelines.

The MDCAN chairman urged the Federal Government to put aside its differences with the Academic Staff Union of Universities (ASUU) in order to surmount challenges that could stop full academic activities in the universities.

According to him, “We just have to think out of the box and I know it is possible if the government can come down and engage ASUU. This is not the time for the government to continue to lengthen the crisis between them and the core of workers in the universities, it is not the right time at all. It is time we sit down and work out how our education system and move forward. We need to situate science and it has to be properly situated based on emerging evidence.”

Meanwhile, the association has applauded the Gov. Seyi Makinde’s robust response to the COVID-19 pandemic in Oyo State and described his approach as one that took into consideration the total economic implication of the shutdown as well as more people dying from non-COVID-19 causes like malnutrition and diseases of poverty.

Olulana added, “Children, women and the vulnerable would have succumbed to other diseases faster than COVID-19 would have killed them.”

It recalls that the ASUU had faulted the plan by the Federal Government to reopen public universities in the country after months of shutdown.