Entertainment
By Segun Adebayo On May 6, 2020 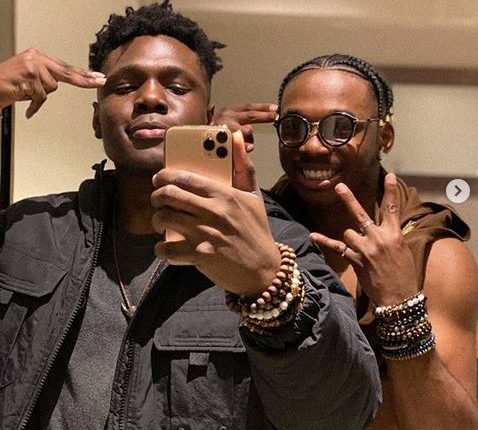 United States-based music duo, Row and Zuwa Agbonayinma famously known as Roze, have thrown open a challenge to their followers and fans on their Instagram page (rz.roze) to come up with the best artistic content to complement or amplify the substance of their new musical video titled “Ileke”

The single and video “Ileke” dropped simultaneously on all digital platforms on Tuesday, May 5, further reaffirmed the brothers’ prime place in the Nigerian music landscape.

The title of the song “Ileke” simply means the African waist beads but beyond that, the duo explored the function of the ornament in relation to a woman’s bum, the sexuality and how it defines and accentuates it during dance.

Roze threw the challenge hash tagged #ilekechallenge with a one thousand naira bounty to the good for the winner or the winners.

In an interview with Tribune Online, the brothers who are signed to U and I Music, owned by their father, said: “This challenge is to give everyone an opportunity to showcase their talents; such as using the song “Ileke” to be creative, with dance videos, art, drawing, skits, comedy, TikToks, duets etc. (videos with creative content).”

The best content creators, according to them, will stand a chance to win all or part of the money.

“The challenge will be going on from Tuesday (May 5th) till Sunday (May 9th), and may be extended if need be. We will decide the five best content creators and the fans will get a chance to pick the three final winners. The first winner gets $500, the second gets $300 and the third gets $200. During the period of selection, creators and fans will be able to tag as many people as they want to vote for them in the comment section.”

On how they produced Ileke, one of them said, “On our recent journey to Nigeria 2019 December, we made Ileke. Ileke was not just done by Roze but with the contribution of an artist named Lez. There were a group of us at the Eko Hotel. The likes of our father and Team ROZE. Producer Mekoyo made the beat on the spot and his friend Lez worked with us to create the track Ileke. We had arguments on what Ileke meant. Till now we “ROZE” are not sure if Ileke means the strength of a woman or if it means beads.”

After the music was recorded, days later we met up with Clarence Peters. He worked with us all day to shoot the video. We actually shot two music videos that day for a song that will be released soon.