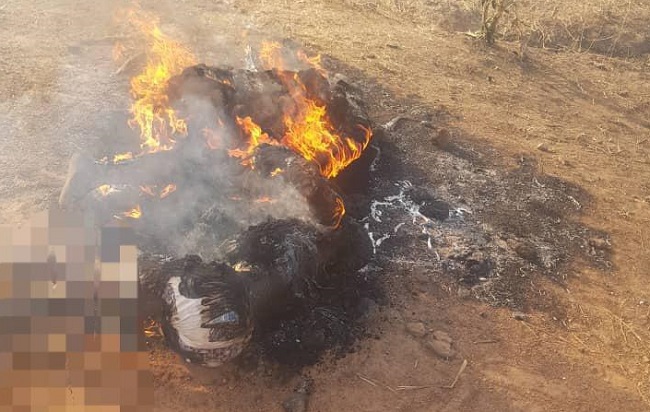 In an update on the security situation in the state issued by the state commissioner for Internal Security and Home Affairs, Samuel Aruwan said had on 24th December 2020 at Fadan Karshi in Sanga local government area, two bandits attacked a businessman and dispossessed him of money and other valuables.

“On receiving the distress call, the military and police set out to the location.

However, on getting to the scene, some angry locals had already mobbed the bandits and burnt them to ashes.

‘”The bullets hit one Richard Sabo who in the course of driving knocked down one of the bandits to death.

Also in Lere local government, security agencies reported that some bandits from a neighbouring state who specialized in stealing livestock were also killed through mob action.

According to the report, the bandits were chased and overpowered at Domawa village where three of them met their end in the hands of the mob.

“On a sad note, the government is in receipt of a report of the killing of a commercial motorcyclist, one Hudu Yahaya of Ungwan Nungu village of Sanga local government. He was beheaded by bandits who escaped with his motorcycle.

“Governor Nasir El-Rufai has sent condolences to the families of Richard Sabo and Hudu Yahaya and prayed for the repose of their souls.

“The Governor has also a strong appeal to citizens to continue to have recourse to the law and not resort to jungle justice.

The British Parliament at the Westminster Hall held a debate on ‘e-petition 554150, relating to Nigeria and the sanctions regime’ on Monday. The government of the United Kingdom has however responded…Mob kills 6 bandits  Mob kills 6 bandits

The surprise visit made on Friday night by the leaders of the ruling All Progressives Congress (APC) to former President Goodluck Jonathan at his residence in Abuja triggered a stir in the major political camps, resulting in at least four possible theories..Mob kills 6 bandits  Mob kills 6 bandits