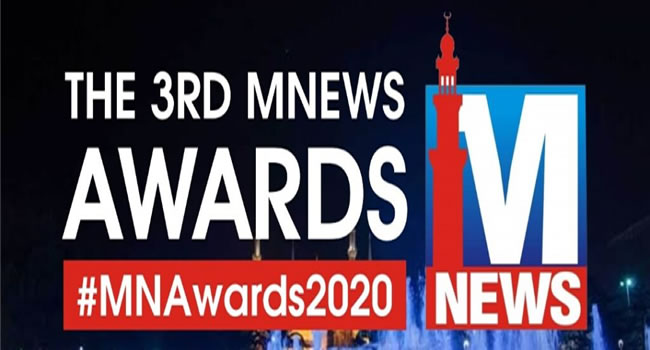 The newspaper named the Minister of Communications and Digital Economy, Dr Ibrahim Pantami, as the winner of the 2020 Nigerian Muslim Personality of the Year Award.

The newspaper’s publisher, Mr Rasheed Abubakar, who made the announcements via press statements during the week, said the three were chosen for the awards for distinguishing themselves in their vocations and as ambassadors of Islam.

Abubakar said Pantami was announced the winner of the “prestigious award” for “leading the digitisation of the Nigerian economy” and “providing the right religious education for his teeming followers across the globe.”

He noted that Borno State governor, Professor Babagana Zulum, won the award in 2019, while the Sultan of Sokoto, Alhaji Muhammad Sa’ad Abubakar, emerged the winner of the maiden edition in 2018.

Abubakar added: “In line with our mandate and mission of celebrating Muslim achievers across various sectors of our society, we deem it fit to nominate our amiable Sheikh, Dr Isa Pantami, as the Nigerian Muslim Personality of the Year for the wonderful job he has been doing.”

Speaking on the choice of 28-year-old footballer Ahmed Musa as the recipient of the 2020 Nigerian Muslim Celebrity of the Year award, Abubakar said:

“He always showcases his love for Allah and passion for Islam to the world while on the pitch doing what he knows how to do best. His philanthropic works for humanity, irrespective of people’s religious or ethnic persuasions, are too many to mention. Being kind and generous to the poor is a great service enjoined by Allah.”

According to Abubakar, the third honouree, the former Bauchi State Commissioner for Justice, Mr Ibrahim Yakubu Umar,is an ambassador of Islam and advocate of the Shari’ah legal system who had impacted positively the lives of Muslims, especially in the law profession, within and outside Nigeria.

He said that the struggle to ensure that Shari’ah courses were made mandatory and a prerequisite for the Department of Common Law of the University of Maiduguri in 1983 and got implemented in 1985 through the instumentallity of the then vice chancellor, Professor Aminu, was initiated by the nominee.

It said: “Although he might have achieved the feat during his time as the president to the Law Students’ Association, the fact that hundreds of thousands of students have been privileged to study Islamic law and many are still benefiting is one of the considerations for our choice.