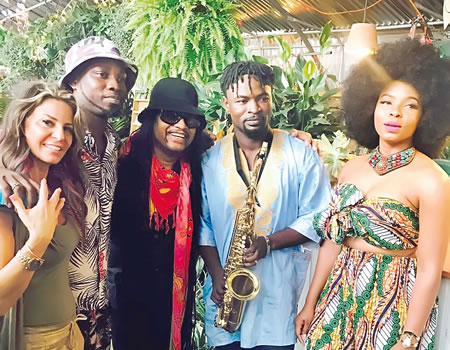 Priest, who dropped one of his greatest hit songs,  Close to You, in the 90s, has been working on the new album for months and has also commenced the shooting of the visuals to the first track on the album, ‘This Woman’, which featured Mama Africa, Yemi Alade.

He collaborated with BWM to come up with a redefining sound, an Afrobeat album, which will have the likes of Wizkid, Davido, Yemi Alade, Tiwa Savage and Tanzanian star, Diamond on it.

The video, shot in New York and directed by Nigerian international music video director, Wole Ogundare, has been described by the director as one project that would be loved by many when it is finally released.

According to the director, Ogundare, “We are excited about the projects we have been executing.  Directing This Woman in New York was fun as everybody on set had fun working together for the success of the video which will be released under Bodega World Music.”

Actress raises the alarm over harassment by actor