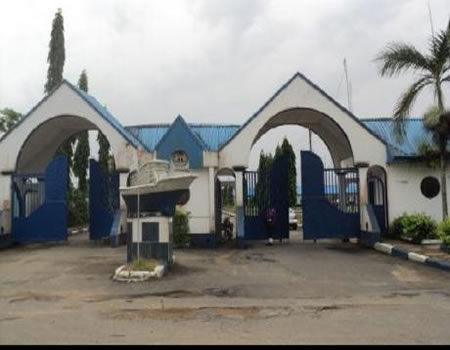 THE Director-General of the Nigerian Maritime Administration and Safety Agency (NIMASA), Dr Dakuku Peterside has acknowledged the fact that the Nigerian Maritime University (NMU) is in dire need of more funding to cater for infrastructural issues and many other challenges confronting the university.

Speaking to newsmen over the weekend in Kurutie, Delta State when the NMU had its first matriculation ceremony for its 2017/2018 and 2018/2019 new intakes, the NIMASA DG thanked the federal government for the support given thus far for the maritime university.

According to Dr Dakuku Peterside, “I am feeling elated right now because this is a fulfilment of a dream. You will recall that many years ago, precisely in the year 2013, NIMASA initiated the idea of a Nigerian maritime university to fill a gap. We identified the fact that if we want to grow our maritime industry, we need three important elements namely the asset which is the vessel itself. The second is the human capacity while the third is the supporting infrastructure. Of all these three, the most important is the human element.

On accommodation issues confronting the university, the NIMASA DG stated that: “Yes, accommodation is a challenge that needs to be addressed permanently. However, this is not the permanent site of the NMU. Work is going on at the permanent site in Okerenkoko, so this place in Kurutie will end up being one of the campuses of the NMU. In addition, we are going to hold series of engagement with the office of the Vice President and the Budget Office, including other stakeholders to ensure we all work collaboratively to meet the challenges of the maritime university.”

In her presentation, the Vice Chancellor of the NMU, Professor (Mrs) Ongoebi Maureen Orubode Etebu lauded the host communities for the provision of electricity and water to the university.

In her words, “The water we drink in the campus is supplied by the five Kurutie communities since we do not yet have a borehole of our own. The host communities denied themselves electricity when we first arrived just to make sure we are comfortable.”

The Vice Chancellor also appreciated the Delta State Government for the prompt release of N100m and two 500Kva electricity generators for the university.

Professor Etebu also stated that the university is presently in a collaboration with the Caribbean Maritime University in Jamaica and the Shell Petroleum Development Company (SPDC).

Other dignitaries present at the NMU maiden matriculation included the Chairman of the occasion, Delta State Deputy Governor, His Excellency, Barrister Kingsley Otuaro; the Pro-Chancellor of the university and former Governor of Bayelsa State, Chief Timipre Sylva; representatives of the Ministry of Education and the National Universities Commission (NUC) amongst others.

Poser over death of ex-UI don in razed apartment