Many people are playing on social media instead of competing — CEO LAWYER, Ali Awad 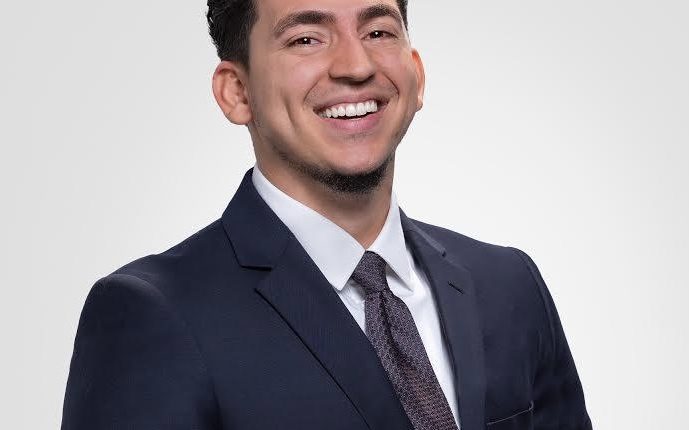 With a law firm servicing personal injury victims, a following of more than 100, 000 followers on Instagram and a media company teaching professionals about branding, life may look all set for Ali J Awad better known as the “CEO Lawyer”.

Before he became known as the CEO Lawyer, Ali grew up learning the basic rules of life’s success secrets from his father, who was a Palestinian but lived most of his life in the US.

Ali recalled how his father would wake him and his siblings for morning prayers in a small building that had been converted into a prayer hall in Newton.

His father, according to Ali helped him to develop a strong work ethic from as little as the age of eight, as this would later form an integral part of his life as a grown up man.

In a revealing interactive session with Tribuneonline, Ali says he started doing basic oil changes and other light mechanical work.

According to him, it was around the same time he began his martial arts training, where he won first place in his first sparring tournament ever and built in him physical and mental fortitude.

For somebody who started buying and selling electronics at age 13, Ali recalled how he sold over $10,000 worth of refurbished audiobahn amplifiers and kicker L7 subwoofers in one week.

He applied for Law school and received a scholarship to start his juris doctorate at age 21 and bagged his masters degree in business at 22.

Speaking further on how his journey into Law began, Ali disclosed that “I made the mistake of trusting someone with $25,000 worth of merchandise.

He paid me with bad checks, and when I asked him to pay me or give me my merchandise back he told me that if I returned for my merchandise, I’d get a bullet in my head. That’s when I knew this business thing can be dangerous, and I needed to learn how to properly protect myself.”

At age 24, Ali became one of the youngest JD/MBA graduates in Georgia State history. But he wasn’t just doing this for fun, as Ali had a much bigger plan in mind.

“I started playing around with social media in middle school, back when MySpace was a thing. Then when I started getting customers for my business in high school and college, I realized this would be a game-changer if I used social media as a lawyer.

So I made sure to let people see the process of going through law school, becoming a published legal author, studying (and passing) the bar exam, and starting my career. I basically built a fan-base that cheered me on, and now many of them have become my clients.”

Speaking on servicing personal injury victims nationwide, the CEO Lawyer said he became more popular on social media with over 100,000 followers across the platforms.

He posts engaging contents with one of his most suspenseful videos posted in 2018 reaching astonishing goal of $1.5million in settlement in 105 days.

With a media company dedicated to teaching attorneys and professionals on branding, he says “I think too many people are playing in 2005 when they should be competing in 2025.

Social media isn’t going anywhere, and if you’re a professional you will either adapt or die. Simple as that.”