Asks EFCC to fish out others 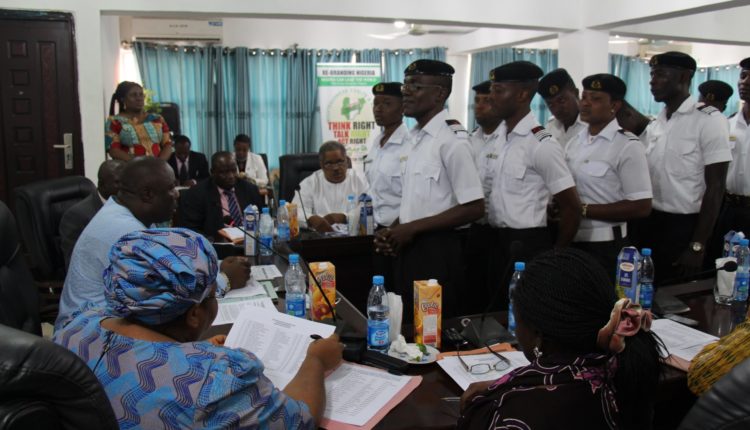 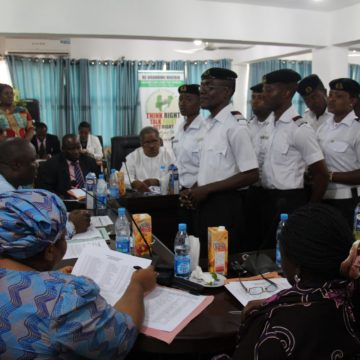 THE Management of the Maritime Academy of Nigeria (MAN), Oron has blown the lid on why some staff of the academy were arrested by officers of the Nigerian Police Force (NPF) on Tuesday
This is even as the academy revealed that men of the Economic and Financial Crimes Commission (EFCC) have been invited to thoroughly investigate sharp practices and document peddling by some of the workers who have refused to be compliant with the change directive of the Federal Government.
A statement signed on Wednesday by the academy’s Public Relations unit stated that every staff must key in into the new focus handed down on the new management of the academy.
According to the academy, “The House of Representative Committee on Federal Character invited the academy, due to irregularities noticed in its employment processes of 2016.
“The irregularities included the employment of 83 persons illegally employed into the academy by the Registrar of the academy who was acting then as Rector after the demise of the former Rector of the academy.
“Many people were not happy about that employment because 90 percent of those employed were members of Mkpandiok’s church and 80 percent were from Oron in Akwa Ibom State.
“The House Committee on Federal Character now asked the academy to go back and re-present some documents.

“But what some workers who are still loyal to Mkpandiok did was to smuggle in some documents to embarrass the Rector, Commodore Emma Duja Effedua. They then covered the smuggled documents with a cover letter and brought it to the Rectors table for signing.
“The Rector insisted on going through the documents, not knowing what they had done, and was shocked to discover documents defending the illegal employment with most of the facts distorted.
“Out of rage, the Rector walked them out of his office and decided to compile the documents requested by the House Committee on Federal Character himself.
“It was while compiling the documents that the Rector received reports that the Director of Human Resources (DHR), Mr Emmanuel Essien was busy in his office manufacturing minutes of meetings with the sole intention of forging the signatures of the management team of the academy.
“It was by the grace of God that they were caught red-handed, typing minutes of meetings that never held, with the intention of forging signatures of the academy’s management team.
“No management team of the academy signed the minute of meeting that was in their possession when they were caught. When they were caught in the act, they were busy making phone calls to their sponsor, Mkpandiok Ante Mkpandiok.
“When confronted, the DHR pointed to one of his subordinates as being responsible for the typing of a minute of meetings. The said subordinate pointed accusing fingers back at the DHR.
“So, they were immediately handed over to the police. The claim that they paid N20,000 as bail payment is not true because they were released on the orders of the Rector of the academy, with a directive that they must appear at the police station every day until their case will be charged to court.
“The lady that was typing for them absconded, but was later re-arrested. We have evidence of them printing minutes of meetings. A copy of what they printed is still with us, unsigned, with the intention of appending signatures to it themselves. Now we know there are insiders still loyal to the Registrar of the academy, Mkpandiok Ante Mkpandiok.
“We have invited the EFCC to come to the academy for a thorough investigation, and any staff still not in sync with the Federal Government change mantra will be fished out.”
MannpfOron
Share