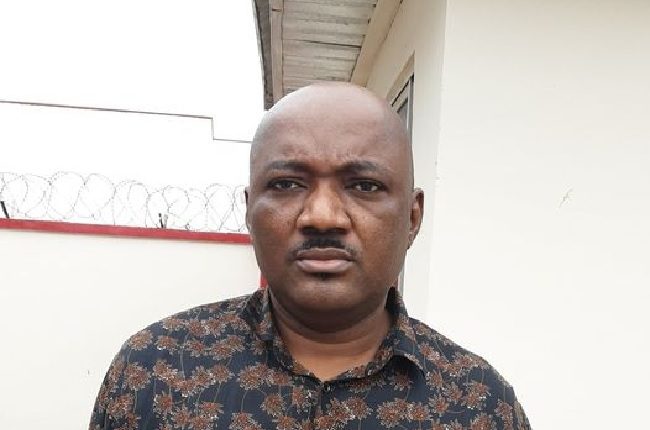 Makurdi Zonal Command of the Economic and Financial Crimes Commission (EFCC), on Monday, arraigned one Godwin Ajeh before Justice M. A. Ikpambese of the Benue State High Court, Makurdi on a two-count charge bordering on misappropriation of N11 million and issuance of dud cheque.

It was learnt that the defendant, who was given N11 million to purchase a Toyota Prado Landcruiser SUV but misappropriated the money.

Not done, he reportedly issued two cheques to the victim which were returned unpaid due to insufficient funds in the account.

Count one of the charges read: “That you Godwin Ajeh, between 28th day of February 2017 and 5th day of March 2017 in Makurdi, within the jurisdiction of this honourable court, being entrusted with the sum of Eleven Million Naira by one Emmanuel Adukwu, did commit Criminal Breach of Trust by dishonestly misappropriating a sum of Eight Million Naira and thereby committed an offence punishable under Section 313 of Benue State law (CAP) 124 (Revised Edition) Law of Benue State, 2004.”

Count two read: “That you Godwin Ajeh on or about March 28, 2018, at Makurdi within the jurisdiction of this honourable court, did, with the knowledge that you had insufficient funds in the account of Imago Koncept, issued to one Emmanuel Adukwu a Diamond Bank Cheque No. 0057864753 dated March 5, 2018, for the sum of Two Million Five Hundred Thousand Naira which said cheque, when presented for payment, was dishonoured due to insufficient funds and thereby committed an offence contrary to Section 1(1)(b) of the Dishonoured Cheques (Offences) Act Cap. D11 Laws of the Federation of Nigeria, 2004 and punishable under Section 1(1)(b)(i) and (ii) of the same Act.”

After the reading of the charges, the defendant pleaded not guilty, and in view of this, the prosecuting counsel, George Chia-Yakua, asked the court for a trial date.

The prosecutor also asked that the defendant be remanded in a correctional centre.

But the defence counsel, I. M. Mari, told the court that he had filed a motion for bail which was served on the prosecution.

Mari urged the court to grant the defendant bail.

Justice Ikpambese granted the defendant bail in the sum of N50 million with one surety in like sum.

The judge said that the surety must be on a Grade Level 15 officer or above, and present evidence of three years tax clearance.

Pending the perfection of his bail condition, the defendant was remanded at the correctional centre, while the case was adjourned till January 13, 2022, for trial.

Verdict: The alleged screenshot from Mark Zuckerberg being circulated is false.Man arraigned in Makurdi for N11m misappropriation, issuance of dud cheque