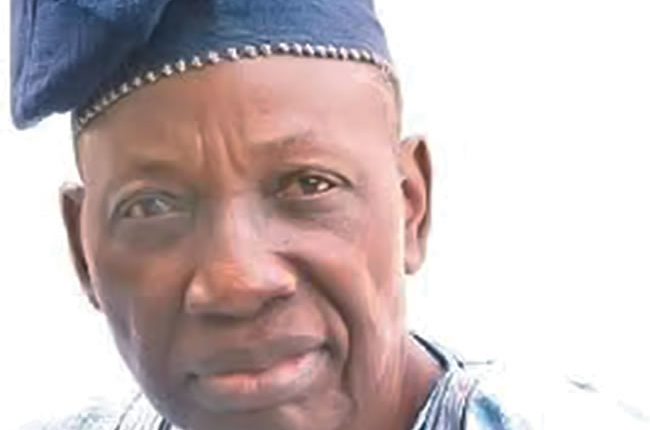 In this interview by SUNDAY ADEPOJU, the chairman of the Oyo State Peoples Democratic Party (PDP) steering committee on reconciliation,Dr Saka Adegbite Balogun, speaks on the readiness of the party to reconcile all its tendencies, among other pertinent issues.

Since you were inaugurated as the chairman of the steering committee on reconciliation by the Oyo State governor, Mr Seyi Makinde, how far have you gone on the assignment?

The seven-man steering committee, which was set up by the Oyo State governor, Mr Seyi Makinde, is progressing. We have held four meetings. We are holding the fifth today. We have arranged to get some of the stakeholders, representing the various tendencies. I call them ‘tendencies’ because all of them are members of the PDP, and not members of factional groups. We have started that yesterday.

So, we are on cause and enjoying the support of the governor of the state because he had earlier promised that we would operate freely. And he has allowed us the freedom of discharging our duties independently, up till now. And by the grace of God, we will succeed.

I don’t understand that any faction exists in our party. I’m one of the leaders of the PDP; I’m not the leader. I don’t believe in this-one-belongs-to-this-group syndrome. And because of that objectivity and my integrity, by the grace of God, we will succeed. And more importantly, with the support of the governor, success awaits us. You will agree that all the disquiet on the various media platforms has subsided. Do you still hear or read of such? It has subsided because the tendencies know that the committee will be truthful in handling any issue that is brought to it. So, that is how we have gone.

What are the actual areas the committee wants to touch as focal points in this assignment entrusted to your hands?

That is still our cup of tea. That is will be our secret. Don’t forget that we just started calling the stakeholders. We are leaving the level of committee and we have moved to the level of meeting the stakeholders. There are seven zones in Oyo State: OkeOgun I, OkeOgun II, Ogbomoso, Oyo, Ibarapa, Ibadan and Ibadan Less. We have included one person from each zone. So, later, the media will be fully updated on the progress of the committee.

There was an alliance of some political parties before the last governorship election le the Action Democratic Congress (ADC), Zenith Labour Party (ZLP), Social Democratic Party (SDP), among others.  Do the tentacles of the committee extend to the allied parties that united to defeat the All Progressives Congress (APC)?

No! No! No! This first phase is for the tendencies in the PDP. The allied parties will also be taken care of as time goes on, because without them, we could not have won.

That is a lie that is far apart from the truth. I repeat. That is a lie. I never quarreled with the governor. I put myself in a position of authority and respect. Since January, when he came to my house, everything has been very smooth. In fact, I don’t need any reconciliation with the governor. We are in good terms. Anybody that is talking about reconciliation between me and Governor Seyi Makinde is in illusion. Even, when I was supporting another aspirant before the governorship primaries, I didn’t make it secret for anybody. And because of my immediate constituency, I had to do that. Ask anybody from Ogbomoso. Did I hide my support for the other aspirant? People knew that I was supporting Senator Ayoade Adeseun. I based it on principle and I said that whoever that got the ticket in the long run would get my full backing as one of the party leaders.

That was the basis of my argument and agreement with my people and I told them that we, from Ogbomoso, do not have the political strength that Ibadan, as a zone, has in the political scheme of the state. We are not close to Ibadan in any form. I have identified five factors of political power in Oyo State. We are not close to Ibadan in any form, except in one of the factors. The only one, we have spoilt. Population concentration is one. Intimacy and closeness with the government, whether military or civil, form another factor. We will always get Ibadan there. Ibadan alone is more than 50% of the Oyo State population. So, with that intimacy, Ibadan will always have an edge in term of patronage from government. From that patronage, they get cheap political money. And with the cheap political money, they have the will to invest in politics. Look at Ogbomoso, for instance. Somebody who had gone to Gold Coast before it became Ghana to Sokoto whether as a trader or an artisan, Will he want to invest in politics?

What impact will the steering committee have on the 2023 governorship election in the state?

That is a distant time. Our immediate concern is to reconcile our members. It is not anybody is fighting or quarrelling with the governor. Intraparty struggle takes a higher percentage than the issues among leaders. Some may feel that it is when they ‘fence’ others from enjoying the support of the governor that they will have their way. But the governor has become wiser. That is why people may insinuate that I have not been reconciled with the governor. I never quarreled with him. At the point I was going to change my gear, I told Senator Ayo Adeseun and that was position ab initio.So, later, he made his political decision and I could not stop him. And then, I made the Seyi Makinde, before he became the governor, know that I didn’t hate for a moment. You see, what I did in the election struggle of Ogbomoso in the last year could not be underestimated at all. We blocked any form of manipulation during the 2019 governorship election from Ogbomoso.

Even, when Makinde won the election, on Monday, March 11, 2019, I went and congratulated him. Myself, Elder Caleb WoleOyelese, AzeemGbolarumi and Aborode went to congratulate him. And as he came to meet us in his sitting room, when he saw me, he removed his cap and prostrated to me. And he said, “I should be the one to come to your house to pay homage.’ ‘Please, all of us in the party should focus on the future and how to impact the state positively.

Who are the major targets in the ongoing reconciliation exercise among the stakeholders in the PDP?

It is the collective mandate given to all of us in the committee. I’m not a dictator, but a coordinator. We target all the stakeholders across the seven zones. Like I said, we have sent text message to all of them. In my zone, Ogbomoso, for instance, the stakeholders have always been my good people. And that is what happens in the other six zones.

What is your message to allthe tendencies, stakeholders and party members generally?

Yes, my message to them is that we must learn to manage our success. It is easy to succeed; but it is more difficult to manage success. All of us, as leaders and followers in the PDP, should come together; thank our stars; thank God and pray that God should grant us the grace to manage our success. This will enable us to succeed again and again. That is my appeal and by appealing to them, I also appeal to the governor to not allow himself to be brought under the control of anybody, not even Saka Balogun. I will never try to control him. The governor should continue being accessible, open. He should assess whatever information that is given to him so that he will not be seen as somebody’s boy. Governor Makinde is too big to be anybody’s boy or pocket. In fact, anybody who doesn’t know him will think he can be pocketed. Pocket who? The man is extremely intelligent. He is a soft speaker but deep thinker. He is bright and I also love him for that, just because I have never been a dullard in my career.

Dino Melaye’s Revelation: How I was scammed to support Buhari, join APC in 2015