Politics
By OSARETIN OSADEBAMWEN On Jul 8, 2020 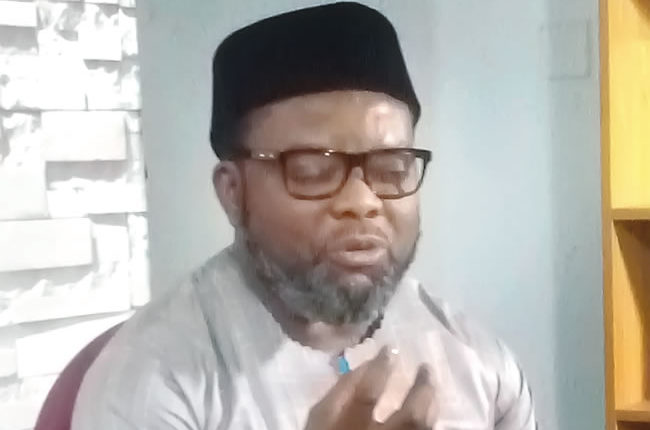 THE Petroleum Industry bills (PIB) has undergone various stages of a bill repeatedly since the fourth National Assembly, with the current Assembly promising to break the jinx. Do you foresee it scaling through this time?

What is happening around the PIB in Nigeria is not totally different from what is obtainable within European Parliaments. When you are seeking the passage of a piece of legislation, there are always contending interests; each would be engaged in lobbying the legislators for or against that contentious bill as the PIB so that their interests will be preserved. At the European parliament, you have offices within the complex for lobbyist, I do not think we have that here at the National Assembly. You have a group of lobbyists dedicated to various interests of industries, products and ideas. The lobby groups are funded heavily by the respective companies that they represent to defend and push their policies on the floor during plenary.I am aware that that the multinational companies are lobbying to see that this piece of legislation does not successfully get passed by the National Assembly.

I was once called to canvass for 20 per cent for the host community, when Allison Madueke was the Minister of Petroleum and David Mark then President of the Senate. It was a joint committee of the PIB, then chaired by Senator, Emmanuel Paulker. I came in from the Netherlands and made my contributions alongside other civil society. We were divided into three groups to make representation for the government, multinational organisations fighting the bill and the civil society groups which was standing for the host communities in the PIB, I paired with them.

It was also instructive for me to see that ambassadors of the countries of these multinational companies were present at the public hearing. It goes beyond just the companies in a country, they are backed by the government from where they come.

Now, when you have this kind of situation where the executive arm is determined to pass such a bill and they are facing resistance from the oil companies and pressure now falls on the legislative arm not to pass it because some people have been lobbied to defend the interest of the multi-nationals, then you need the civil society to carry out massive grassroots campaign and express their willingness that the bill be passed. This can be done with presentation of the facts and the figures needed to enlighten the people so that they can put pressure on their representatives.

Traditional rulers are heads of their respective domains, where some of the oil wells are explored. Can they really be part of the campaign without being misunderstood?

In any society the traditional rulers play very significant role whether it is with the PIB or any other issue. Because they represent the interest of their people However, we have seen the activities of the multinational companies, where they deliberately create a divide and rule tactics over the people. I know some oil rich communities where the words of the traditional ruler are not taken to heart by the people. This is because the multinational companies working in these part of  the country have decided to work side by side with ordinary persons, where they observe that the individual has political clout to influence a large number of youths who can foment trouble against their activities. The traditional rulers have been rendered voiceless. Even when they call for meetings, their voices are not harkened to. It will amaze you to know that some of these traditional rulers are having very tough times. Let alone reach out to others.For anyone to lobby other traditional rulers you have to have money to prosecute this. If you have to lobby someone from the North you have to travel there, you have to pay for your accommodation befitting your status, how do you do that without money?

Is this bill for the Niger-Delta alone or a Nigerian bill? Shouldn’t it be the responsibility of lawmakers to ensure it is passed in the overall interest of the country?

The bill tends to cover everywhere, even now that they have split the bill into various component doesn’t still solve the problem we would still come down to the level where we would all work collectively for the whole bill as put together. I am happy that the executive arm is pushing that the hill is passed. The public hearing that I also attended, the federal government delegation was led by the minister herself who led a delegation we shouldn’t see it as a regional bill for the Niger Delta people and would only benefit the Niger Delta people. No! Infact, it will even benefit the country much more than it will benefit the region because in order for the host community to benefit from the hill is why you have the host community derivation of about 20 percent going to the host community.

Of course, when you have about 20 percent going to your host community, the host community will become your security because they know that 20 per cent of the proceeds from oil production will come to them, therefore, they will secure the assets; they would secure the operations and the manpower. Everybody would be happy at the end of the day do not also forget that it will also generate revenue for local and state government because all of those revenue taxes will be paid on them; royalty would be paid to them, I do not see the reason people would work against this bill. It is a national project.

With 250 ethnic groups, inclusivity will continue to be an issue — Femi Adesina