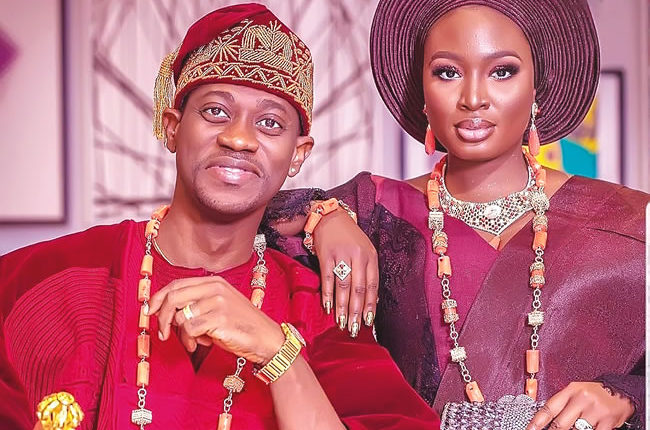 For more than two months, actor Lateef Adedimeji and his female colleague, Oyabade Adebimpe, have continued to tease their fans in a way that suggests that there could be more to their closeness than meets the eye.

First, there were rumours that the two were involved in a sizzling relationship that has kept them in the news for a while, even as some of their colleagues and friends within and outside the industry could not explain what could be going on between the two.

They have both continued to appear in movies acting as couple and giving their fans reasons to believe there could be more to their being professional colleagues.

Just a few weeks back, a traditional wedding photo shoot emerged with the two thespians dressed like newly wedded couple but they would soon shoot down the rumours, saying it was merely a promotional shoot for a fashion brand.

But despite the constant denial, Lateef and Mo Bimpe, as she’s fondly called, have not stopped getting close to each other on and off the movie set as R gathered that they appeared to be building their brand on the attention their closeness could bring to them

A source privy to happenings in the industry informed R that they could eventually become an item as they appear to always enjoy being in each other’s company.