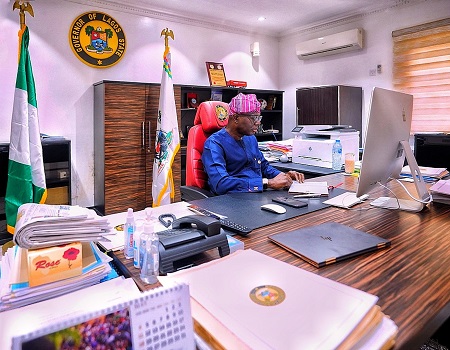 Lagos State government, on Wednesday, revealed that it has saved the sum of N8.01537billion from fictitious claims and names of ghost retirees, which it expunged from its payrolls between October to December 2019.

The State Commissioner for Establishment, Training and Pensions, Mrs Ajibola Ponnle, made this disclosure during the 2020 ministerial briefing to mark the first year administration of Governor Babajide Sanwo-Olu, held in Alausa, Ikeja.

The commissioner said the recent manual verification exercise conducted under the present administration resulted in the drastic reduction of fictitious claims and ghost pensioners on the payroll within the above mentioned period.

“While the number of offloaded pensioners from payroll as at December 2019 were 6,857, with the total amount of N7.962 billion saved,” she said.

The commissioner, however, added that the state government during the year under review between May 2019 to April 2020, paid N1,855,921,478.95 billion to pensioners under the defined benefits scheme otherwise called “Pay as You Go.”

We Have Not Relaxed Ban On Religious Activities, 8pm To 5am Curfew Still In Force, Says Oyo Govt
The Oyo State COVID-19 Task Force, headed by Governor Seyi Makinde, stated on Tuesday that it was yet to relax the ban on religious activities and the curfew imposed as a result of the pandemic. A statement by the Chief Press Secretary to Governor Makinde, Mr Taiwo Adisa, confirmed that the Task Force made its… Read full story