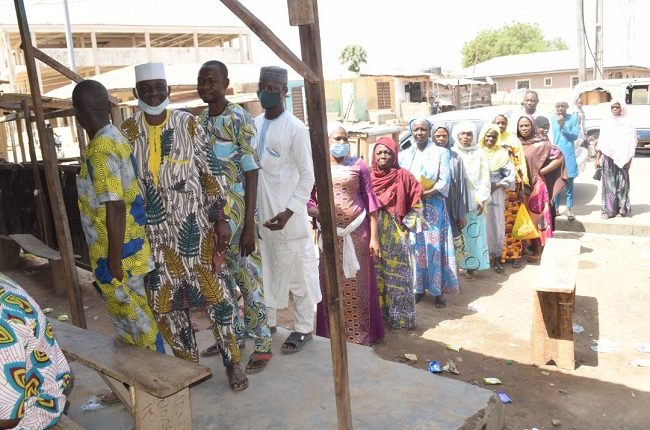 Against recent political happenings in Kwara State, registration and revalidation exercise of the All Progressives Congress (APC) in the state has been adjudged as peaceful and orderly across the 16 Local Government Areas of the state.

Tribune Online gathered that the exercise, which commenced on Tuesday, witnessed a large turnout of members in several parts of Ilorin metropolis and across other senatorial districts.

It was also gathered that the exercise, however, witnessed low but peaceful turnout in some few other polling units.

The atmosphere was very peaceful and calm at Alapa/Onover 143 party members have been registered and revalidated as at 3:15 pm.

The registration officer at the unit, Jimoh Tunde Idiagbon, said the situation has been very peaceful and calm.

Similarly, the situation was very peaceful and calm at Isale Koko polling unit 010, 005 and 012 polling units, Gambari Ward ll and hundreds of members have been registered and revalidated as at 12:46 pm.

The registration officers at the units, Mashood Latifat, Akanbi Teslimat and Adebayo Muhammed Qozeem appreciated members of the party for conducting themselves peacefully.

At Idigba 004, Adewole ward, Ilorin West local government, 132 members have been registered and revalidated as at 12:15 pm.

Officers in charge of the unit, Saka Falilat and Na’Allah Aliu Babatunde, attributed the peaceful atmosphere at the unit to a high level of maturity and understanding among members of the party.

At Ode Balogun Fulani 002 and 003 polling units in Ilorin South local government, the situation was very peaceful and orderly in the units.

The supervisor in charge of the units, Afolabi Shittu, thanked party members and supporters for conducting themselves orderly.

Former House of Representatives member Mashood Mustapha had his own membership revalidated at his polling unit Aiyelabegan 025 in Alanamu Ward of Ilorin West.

In Kwara North and Kwara South, the exercise was reported to be peaceful.