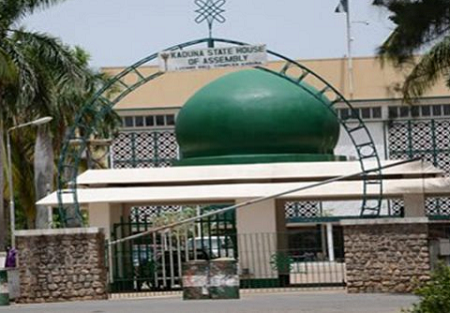 The chairman, Kaduna State House of Assembly Committee on Ethics and Privileges, Alhaji Shehu Yunusa, on Tuesday assured that the committee would be fair and just in its investigation of the seven lawmakers allegedly involved in the fracas on the floor of the House on June 11, 2020.

Yunusa gave the assurance while speaking to newsmen in Kaduna after the seven members appeared before the committee to defend themselves.

“All of them have been interrogated and we are going to do justice to the report,” he said.

The News Agency of Nigeria (NAN) reports that the committee was on June 16 mandated by the Assembly to investigate the fracas, during which the Deputy Speaker of the assembly, Mukhtar Hazo, was removed.

The seven lawmakers are being accused of conducting themselves in a disorderly manner, obstructing the business of the house, attempting to steal the mace and refusal to conform to the standing order of the house. (NAN)