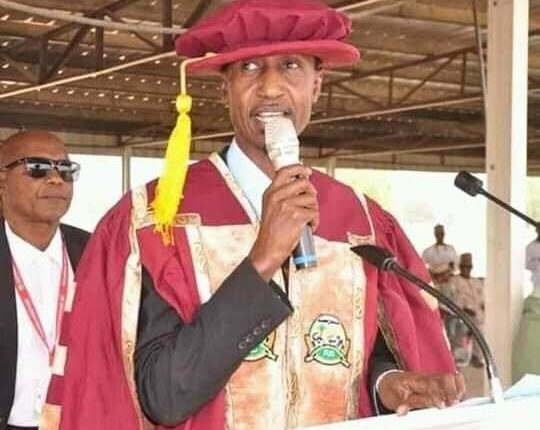 THE governing council of the Federal University, Dutse (FUD) has announced the appointment of Professor Abdulkarim Sabo Muhammad as new Vice-chancellor of the institution.

The Chairman of the University Governing council, Alhaji Ahmad Alti said the appointment of the new Vice-chancellor followed the expiration of the tenure of the present Vice-Chancellor, Professor Fatima Batulu Muktar who came on board since February, 10 2012.

Alhaji Ahmed Alti explained the governing council of the university constituted a selection committee after advertising the position and 36 people applied.

“The selection committee screened and interviewed the candidates, and the selected winners of the first, second and third position emerged through a voting process by the members of the governing council of the institution, ” Alti emphasis.

The governing council chairman said “the just selected and appointed Vice-Chancellor will takeover from professor Fatima Batul mukhtar after the confirmation by President Muhammadu Buhari.”