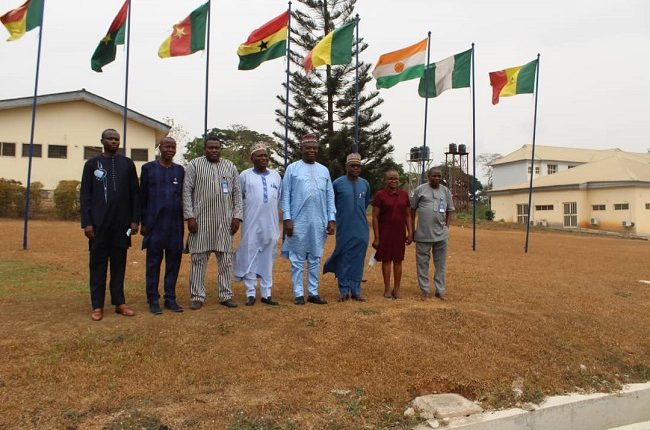 Executive Director, African Regional Institute for Geospatial Information Science and Technology, Dr Akinwale Akingbade, had said the institute had gone into collaboration with security agencies to tackle insecurity in the country.

Dr. Akingbade, made the disclosure, when Director-General, Directorate of Technical Cooperation in Africa, Mr. Mahmud Yahaya, paid him a visit at the institute’s office in Obafemi Awolowo University, Ile-Ife, Osun State.

Akingbade explained that RECTAS established in 1972 under United Nations Technology Commission, with eight countries as members, had working arrangements with the Nigerian Navy, Nigerian Customs and Nigerian Air Force to further enhance their capacity.

According to him, if the institute has access to satellite images of scenes of crimes, it would assist it to monitor and advise the government on the exact location troop would be deployed.

“We have been working on some issues with the federal government on a major challenge facing the country which is insecurity. So, we are working with the Nigeria Navy in terms of training. We have been able to show them the direction, path and time especially whenever smugglers are involved in their illegal activities.

“We have been able to show them a series of things that can really enhance their efficiency. Specifically, we trained the Defence Intelligence Agency, the Defence Base Administration, Customs, Air Force men.

“For instance, the case of the clashes between herdsmen and farmers in Oyo state. It may be easy for the government to plan and send troops there, but once their hideout is known, it will be easier, if we have satellite images of these places.

“Satellite images are not just one shot, but they are in orbits and taking pictures of the earth surfaces at regular intervals. With its assistance, we can monitor what is happening in all these places where the herdsmen are clashing with the farmers and it will help to know the level of destruction,” Akingbade said.

A statement by the Information Officer of the RECTAS, Adepoju Adewumi, on Friday further said the visiting DTCA leadership then assured the institute of more support to enable it to realise its goals.