I’m not Fayemi’s anointed, but I will succeed him —Agbalajobi 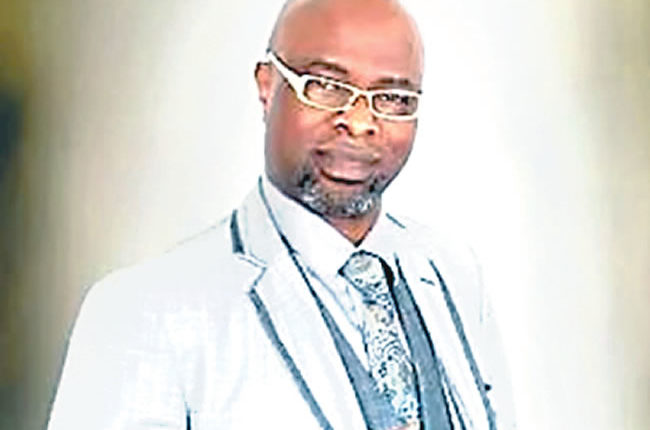 Segun Agbalajobi is aspiring to succeed Governor Kayode Fayemi on the platform of the ruling All Progressives Congress (APC) in Ekiti State. He shares his dream for the state, with SEGUN KASALI.

With the reality of not being a potential choice for Governor Kayode Fayemi as an anointed, what are your realistic chances of clinching APC ticket for Ekiti 2022 governorship election?

When it is time to do something and God is involved, the people will support you. I was in Ekiti with my people and they assured me. I am not bothered that I am not Governor Fayemi’s anointed candidate. My people told me that they would not vote on the basis of politics but personality. And I know I have the charisma and the personality and all the wherewithal to do what they need in the state. Ekiti is so small, made up of 2.7 million people. I don’t see reasons why we cannot transform that state of ours to be a model state. I am going to prove them wrong. I will contest for governor in Ekiti and I will win by God’s grace, come 2022

Are you sure that these people won’t renege on their promise?

I am not depending on what they say but their actions. Most of the time, actions speak louder than words. People are fed up with what Dr. Fayemi is doing in Ekiti State. I am not condemning him. He has performed to the best of his ability. And it is right time for someone like me to take over and effect a change in that state of ours. We are fed up. Do you know how many children we have abroad that can’t come home? Look at the way the fulanis are harbouring in all the bushes in Ekiti state and that man is proud of riding helicopter from Ado to Ishan.

The coming congresses will decide where the power and influence pendulum would swing in picking a candidate for the party. How involved are you and your campaign organisation?

Well, I am fully involved and I have a lot of people working for me. I have more than 60 coordinators working for me at the moment and I am always engaging with them. Come what may, the time has come for Segun Agbalajobi to become the Governor of the state and transform that state of ours. We have a lot of things we can use in Ekiti state. I was looking around Ekiti this morning, there are rocks everywhere. In a rock, you can get glass, cement to tar your roads and do so many things.

But, that is what most politicians say before they clinch power and dump the lofty ideas thereafter.

Many are worried that internal democracy is lacking in your party, with the executive head, especially at the state level, always favoured to anoint a successor. Do you agree with this narrative and how do you intend to have things turn out differently in Ekiti this time?

I agree, but there is always time for everything. The change has come. Imole has come to Ekiti. Oluwasegun has conquered all, threatening our people. When light comes, darkness disappears. It is just for the light to shine properly. I don’t need their money. I don’t need houses because i have got houses already. I am going there to work and transform that state for four years and if the people want me after four years, I will stay there to continue to transform the state, better than London where they all rush to, all the time. There is nothing in London and America. Everything in London and America comes from here. So, why can’t we use that to transform our state?

There is this thinking that the second coming of the incumbent has recorded more politicking for higher position than democracy deliverables at the state level. Please, rate the Fayemi administration as someone who is on ground and well-involved in the state politics and administration.

Fayemi does not have time for Ekiti at all, but always in Abuja. All he cares for, is to become the President of the country. They put you in a position to serve the people and you are not putting your 100 percent. Why? You should serve the people first before any other thing. Those people have been marginalized for so many years and I am coming to solve this problem.

You may want to keep your winning cards to your chest, but what really are your plans to win the primaries and the main election, considering the major role money plays in Nigerian politics of now and you not really in the power loop within the party.

But the power belong to the people you know that. What I am doing now, is liaise with my people, talk with the people and meet with the people, about what I can do. Money is not going to be a problem and it is meant to be spent. So, when the time comes, it will take of itself by itself.

You are known as a successful businessman. What exactly is mainly driving your passion to dare? Was it a personal experience or just the desire to be in politics to better lives, like all politicians do say?

I am in it, to better life. I am in there, to help people who cannot help themselves. I am in there  to give voice to the voiceless. I am not going there for fame or money because God has done all these for me. It has been in my blood to help people. I learnt this from my mother who usually pays the school fees of children she never knew. I am in the system of helping people and that is what I do at the moment.

There is this rumour Trade Minister, Niyi Adebayo is being primed to return as governor to complete the second term, denied him, by Ayodele Fayose in 2003. Is it not about time the state stepped away from always going back to bring one-term ex-governors, to office?

That is one thing we need to preach to our people. This is not a one-man show. It is not a family business. What is supposed to be prime in their mind should be that whoever is going to serve them well. is who they are supposed to vote for. He came in 1999 and he served us for some time. We need to look at what he did then and compared it to the present situation. He can’t meet up even though he is the Minister at the moment. He is not close to the grassroots. How would you know what they are feeling? We need someone who is close to the people, who will understand their pain and their struggles.

Chief Segun Oni, another single-term ex-governor, is warming up. Isn’t there something inherently wrong with Ekiti politics and the sustained desire for men of yesterday?

Let me tell you something-of all the Governors in Ekiti, Segun Oni is my personal friend. He was the only one who did not bastardize our money. When Segun Oni left office, he did not have a house to his name. His friends rallied round to get a house for him. That is a Governor. He was busy serving his people even though in PDP. When someone is doing what is right, you hail them. He deserves a lot of accolades.

So, you will support him for the same position you are vying for?

I won’t succumb. I am going to be the Governor of that state because I can do better than this guy. Most of them don’t live abroad. But, I have travelled worldwide and I know how things are done.

Though Fayemi is not likely to anoint you for governor, do you support his barely-disguised presidential aspiration, at least for the sake of the state?

Well, I am not being insulting here. But, let me say this- in the whole of southwest, we don’t have 12 2/3. The only people who have got 12 2/3 is in the north. So, you can only talk to fools that you want to be the president when Nigeria does not support 12 2/3. He is just talking to some idiots following him and not me.

You should have a message for your party at the national level. Beyond poaching opposition governors, nothing suggests the party leadership is tackling the issue of impunity, internal democracy, considering the mess coming from Anambra party primaries, and genuine reconciliation of aggrieved parties. Will high-profile defections save the party from implosion after an imminent potentially- fractious congresses and convention?

My advice to our party is very simple – It is always good to talk the talk and walk the walk. Once you do that, everybody will be happy and you will be happy within yourself. If you have a name to protect, you will always do the right thing because you would not like your name to be soiled.

The future of work for millions of Nigerian youths is uncertain —Favour Ikhile,…