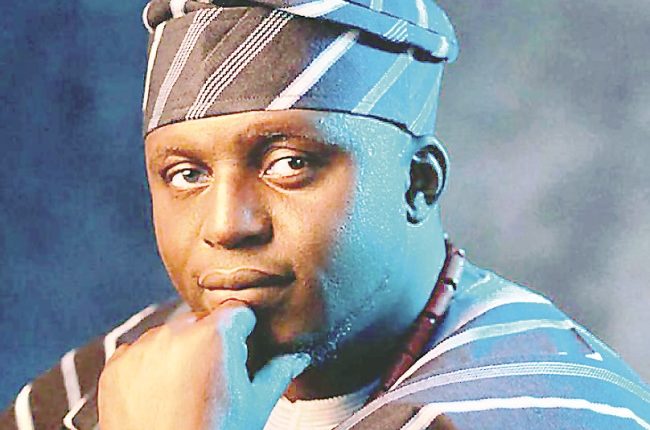 Teju Ajayi, popularly known as Teju-Oga, is one of Nigeria’s most sought-after architects of international repute. With artistic structures credited to him scattered all over Nigeria and beyond, he is no newbie to professional achievement. Recently, the Ondo native became a card-carrying member of the All Progressives Congress (APC) and this led many to wonder if he was planning to step into the political space. Teju Oga, a sobriquet he earned from his friends within the social circles, reveals what his plans are come 2023 while speaking on the duty of the Nigerian electorate in this interview with journalists. ROTIMI IGE presents excerpts.

YOU are known mostly as an architect with project and building designs scattered all over the country. Was that the dream?

I’ve always had a passion for drawing and building or construction environment. That’s what prompted me to study architecture. It has always been the dream.

In many circles, you’re called ‘Teju-Oga the architect’. How did this name come about?

The name ‘Teju Oga’ came at a time we frequently hung out at Troys Lounge in Ikeja, Lagos where music artiste, Seun Bankole, popularly known as SBlive gave that name. I was renovating Troys Lounge then and most of my workers called me oga (you know our foremen and how they can deduce a name for their boss). So, at that time most people thought my surname was ‘Oga’. Renowned journalist, Mayor Akinpelu, last year told me he actually thought my surname was Oga too until when I did my 40th birthday. I can say my workers and SB made the name ‘Teju Oga’ popular.

You recently celebrated a milestone age amid a pandemic and based on the number of congratulatory messages that circulated both in traditional media and on social media, you are quite the people’s person. Would you attribute that to your upbringing or your outlook on life?

It’s my upbringing. Growing up, our parents have shown that impacting in lives and being supportive when you can are one of the bases for human existence.

As a man of many parts, you wear the hat of an architect, philanthropist, humanitarian, and entrepreneur. You recently became a card-carrying member of the APC, what inspired this  venture  into political waters?

We can’t continue to fold our arms and complain about our dear country Nigeria.

If we have much to give to make it a better place, then it’s better we make the move now. When you look at people in our age bracket, we tend to be more comfortable with our lifestyle and never think of taking the mantle of leadership to serve.

The time is now, we must be part of the future we desire for our children and grandchildren.

2023 seems like a long time from now, but several people have begun to declare political plans. What are your plans come 2023?

Come 2023, I plan to run for Ondo State House of Assembly under our dear party, APC. Hopefully, when I pay a courtesy visit to our leader H.E. Rotimi Akeredolu to make my ambition known, then we can make a move from there.

As a Nigerian professional and entrepreneur what would you advise the electorate to look out for in the next set of political leaders they vote for?

Young, vibrant and experienced leaders. If we are the leaders of tomorrow, let’s take ownership now.

A significant number of Nigeria’s eligible electorate do not come out to vote on election days. With the recent wave of youth protests and upheavals around the nation, do you think that trend will change in the next elections?

I think so. I feel the electorate are now ready to choose the leader they desire, and they have to come out to make their votes count.

What unique quality would you as Teju Ajayi be bringing to political office if elected?

Integrity, flexibility, uprightness and honesty. I want to be accessible and listen to all sides. In the process of listening to people, you learn and that enables you to make good decisions in the best interest of all as a leader.

The surprise visit made on Friday night by the leaders of the ruling All Progressives Congress (APC) to former President Goodluck Jonathan at his residence in Abuja triggered a stir in the major political camps, resulting in at least four possible theories…If we are the leaders  If we are the leaders