•Say we invested so much, we lost so much 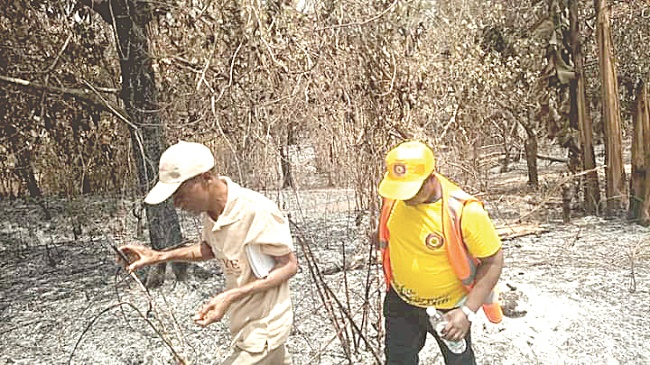 EKITI State recently witnessed a double tragedy when a fire outbreak and a rainstorm ravaged plantations and residences in some local government areas. Economic crops and buildings were destroyed, thereby rendering over 1,000 residents homeless. ’YOMI AYELESO reports the plights of victims and their expectations from government.

Nigerian Tribune gathered that the fire incident rendered about 2,400 farmers jobless. Many experts have described the losses as a bad omen for food production and supply in the state.

Cocoa and kola nut farms covering over 200 hectares of land were destroyed by fire in some towns recognised as the cocoa belt of Ekiti. The towns mostly affected are Iloro-Ekiti, Ikoro-Ekiti in Ijero council area, Isan-Ekiti in Oye Local Government Area and Omuo in Ekiti East Local Government area.

Aside cocoa and kola nut, other cash crops destroyed by the fire are oranges, palm trees, plantain, pineapple, cassava, as well as maize farms, worth several millions of naira.

One of the affected farmers in Ikoro-Ekiti, Mr. Dosumu Oladapo, said the incident has brought sadness to him in view of the extent of damage done to his farm.

He said he has been rendered jobless as he is unable to find an alternative job, explaining that he borrowed money from a cooperative society to hire labourers, while also purchasing chemicals before the fire struck. 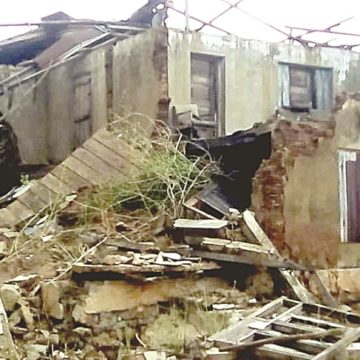 “All I can say is that government should help me because I invested so much money in the farm hoping to harvest and sell the cocoa. But I have nothing to harvest now. This is a very sad situation. While we were still praying to survive the herdsmen onslaught on us, this mysterious fire struck. We need help,” he said.

Another farmer from Isan-Ekiti, Chief Ray Akin-Oguntosin, said the fire affected cocoa, kola nut, orange and coffee plantations and has rendered farmers in the town jobless.

He said: “We appeal to both the federal and Ekiti state governments to come to the aid of the community over the disaster,” saying the move would bring succour to the victims.

“We have contacted the relevant state and federal authorities to come to the aid of our people and I also appeal to the indigenes of the town both at home and in the  diaspora to come home and help their people,” he added.

On his part, Mr. Bukola Adekale said the inferno affected his cocoa farm which he borrowed money to cultivate. Adekale who could not ascertain the source of the fire, added that he invested over N4 million in the cocoa farm. The money, he said, was sourced from his co-operative society.

He pleaded with the state government and other relevant groups and agencies to help the farmers so as to ensure food security in the state. 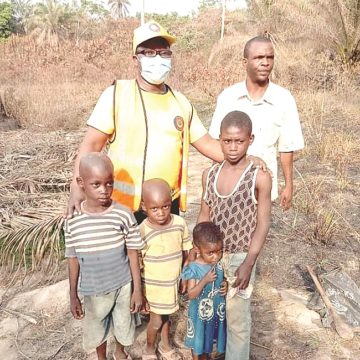 He explained that “the fire incident destroyed all I have laboured for since I retired from the Ekiti civil service. I appeal to government and public-spirited individuals to assist me financially.”

The Owajumu of Omu-Ekiti, Oye Local Government Area, Oba Ogundeji Adeyeye, lamented the incident, which he said has affected about 50 farmers in his community. The traditional ruler appealed to the government as well as the National Emergency Management Agency (NEMA) to come to the aid of the people of the community as the fire has destroyed all agricultural produce in his community.

On his part, the Oniro of Iro-Ekiti in Gbonyin Local Government Area, Oba Afolabi Felix Adeniyi has called on the state government to assist the community over the destruction of their farms by fire. Oba Adeniyi who said the source of the fire outbreak could not be ascertained revealed that cocoa, cassava and other plantations were destroyed with nothing left for the farmers.

According to him, the community has been left devastated by the fire incident which he said was sudden, calling on Governor  Kayode Fayemi to assist the community to recover its losses. He noted that there is need for the government to assist the affected farmers “so as for them to be able to go back to the farm.”

Oba Adeniyi stated that “We don’t know where the fire came from and all our farms were destroyed. The farmers have been coming to my palace daily to seek help. The government has been saying that people must go to farm but as it stands, the farmers need help to plant again after this fire incident. I know we have a listening governor in the state.”

The chairman of the State Emergency Management Agency (SEMA), Sunday Adebomi, who lamented that hectares of food and cash crops were destroyed during the fire disaster, said it has affected the development of agriculture in the state.

Adebomi noted that the development if not properly checked, may result in famine later in the year. He expressed optimism that the present administration in the state would do everything possible to bring succour to the farmers.

While commiserating with the affected farmers, the SEMA boss promised that “Ekiti State government would assist all the victims by giving them seedlings and chemicals as well as other relief materials in order to cushion the effects of the inferno.”

“Cocoa and kola nut are two cash crops that had given us national recognition apart from providing economic supports to many citizens and we can’t afford to lose the comparative advantage we have been enjoying on these plants.

“Let me give the assurance that the government would always do everything to guarantee the safety of lives and property of farmers in the state. So, don’t panic as government has concluded plans to empower them.

“I admonish our farmers to see the fire incident as a major challenge for them to do more and embrace mechanized farming, as government would do everything to empower them.”

Adebomi explained that arrangement had been concluded by the state government for a total reengineering of agricultural sector by involving key policy makers and youths in the developement of the sector.

How rainstorm destroyed over 200 houses, rendered many homeless

While many were hoping and praying for the rain to help in mitigating the effect of the hot weather in the state, the people of Erinmope-Ekiti, Moba Local Government Area were devastated following the impact of last week’s rainfall accompanied by a wind which rendered many homeless in the community. 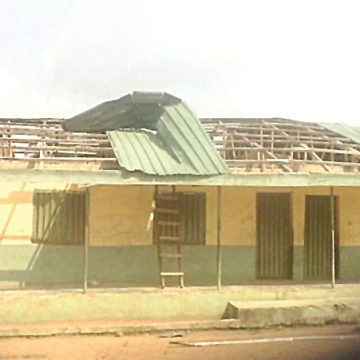 The downpour, which started at about 6pm on Friday, wreaked havoc on residential buildings in the town with the displaced persons now taking refuge in a neighbouring community. Apart from private homes, the downpour accompanied by heavy wind, also destroyed two public primary schools.

A community leader and victim, Mr. Oladipo Isaac, said that more than 200 buildings were affected by the rainstorm.

“As you can see, many houses, including schools and churches, have been blown off. We appeal to the government and public spirited individuals to come to the aid of our community. This kind of disaster is happening for the first time since I was born 75 years ago in this community,” he said.

A 104-year-old victim, Mr Jimoh Saliu said his affected house was built over 50 years ago after Nigeria’s independence in 1960, appealing to the government to assist him “to have a place to live for the rest of my life.”

According to him, “As you can see, the rain came as a mystery. I have been sleeping in a hamlet I built few years ago in my farm very close to this house that was affected.

“I have been begging people to assist me. At my age, I don’t have much power to afford roofing sheet that would cover this house. Since I was born in this town, a mysterious misfortune of this nature has never befallen this community like this, I am very surprised.” 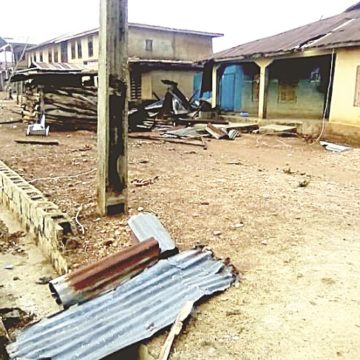 Also speaking a 70-year-old man in the town whose house was also badly affected by the storm, Mr. Oladapo Isaac said this has brought untold hardship to him and other members of his family.

“I am confused about the unfortunate incident. I lost many properties to the storm. Before I could savage some of my belongings, the heavy wind that accompanied the rain caused a big damage to my properties.

“My appeal to the government is to assist the victims; this will go in no small measure to alleviate the plight of the victims. As you can see, majority of us in this community are farmers who cannot afford to buy a bundle of roofing sheets. We are just preparing for a new planting season, many of us have used the little money we had to buy tubers of yam for planting,” he said.

The SEMA boss said: “Dr Kayode Fayemi was particularly happy that no life was lost during the storm, which affected about 200 houses in this town. We learnt over 1,000 residents have been displaced already.

“The government commiserates with the victims and I advise our people to as a matter of urgency embark on the planting of trees in their environment. The move would further avoid future occurrence of such an unfortunate incident.”