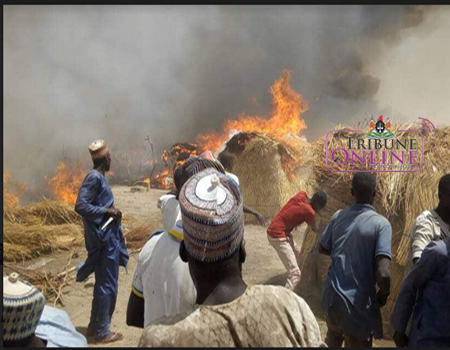 HUNDREDS of Internally Displaced Persons, IDPs, have been rendered homeless as the Ajiri camp in Mafa local government area of Borno State Tuesday went up in flames.

More than three hundred makeshift tents were destroyed by the raging inferno and the cause was still unestablished at the time of this report.