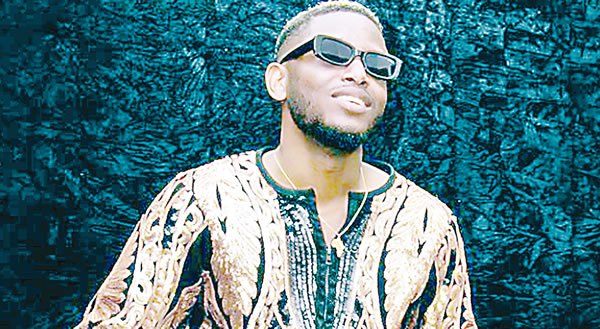 Chike-Ezekpeazu Osebuka is a Nigerian singer and actor. The 28-year-old is famous for his participation in Project Fame West Africa and The Voice Nigeria; both musical reality shows. His music is now widely recognised and his latest album ‘Boo of the Booless’ got nominated for Album of the Year category in the Headies Award nominations. Osebuka, in this interview with FAVOUR BOLUWADE, talks about his journey from reality TV to becoming a first-class musician in the country.

You came into the music industry at a competitive time, where so many talents have proven themselves. Did this bother you at all when your career started?

It is always a competitive time, to be honest. There are many talents out there. I think the competition is trying to get the attention of the listener. We are all trying to sell products to largely the same number of people and I don’t even know if it bothered me or not. I just kept doing my thing and I got people who got attached to my content and that was it.

You didn’t start by being signed to a label until after your participation on ‘The Voice’? Was it hard to get signed before then?

Being signed to a label was the by-product of the competition that you get by making it to some certain levels in the competition, which I did. It was an automatic signing. Before that time, everybody wanted to sign people who were already known and I was just trying to find my way. Everything happened so fast and right now I am just pushing music. You know they want to save money by either signing popular people or products that they already know are on their way there.

How successful do you feel looking at your achievements so far?

There is nothing; inasmuch as I am appreciative of where I am so far, being done now that has not been done before. I always want to make my journey my own personal growth and working to do more.

Your last album has been nominated for some awards which is a plus for you. How did you get inspired to create it?

When I am making music, I always try to tell stories and realities. I wasn’t making an album to get nominated or win an award; I just went out to make music at a time when people wanted to listen to it. The album is an emotionally sensitive album and about human feelings. It is me saying whatever you are feeling, I am feeling too.

So, were you surprised when the album was nominated?

I was not making the album with the aim of an award, so I am happy and feel very honoured to be in that position right now.

Do you think you deserve Album of the Year award?

Nobody deserves anything. What I will say is I am elated. There are some voting categories and some the College’s category. Whatever the results, we will take it as it is not a do or die affair. I am catering to the needs of the people; making them happy by listening to my music. That is one thing that matters. I will be excited to win definitely. It would be an encouragement to win the awards.

Would you say your voice makes you do a lot of romantic songs?

I don’t think it has anything to do with my voice; it is good to remind my listeners that there are literally experiences and original contents from Chike. And when you create an album, you want it to be

coherent and tally with the name (title). From that project I could understand the conclusion that could be drawn but for me I just make music for the moment. Hopefully, we will be able to do something different next time.

When did you decide to be an actor?

I am creative and a lot of people forget I am an actor and a musician. There is an audience that believes that having different dimensions is a plus and it is a good thing to be able to do both. I got my first opportunity after the reality TV competition, which I took and I did well. It set the ball rolling for my acting career. I act in a TV series currently- BATTLEGROUND. I will still do more of acting.

I have three brothers; it is a family of six. I grew up in a family of uncles and aunties who are lovers of music and I just picked it up from there unconsciously. My personality is in summary “I no like wahala, I just wan dey my dey”. They all support me because “e dey pay now”.

What challenges so far are there?

From my experience, creating music has its challenges; there is a part of getting heard and the part of carving an image or perceptions. For some people it is natural to them and some others have to work. So, I would say the major challenge on the way is the fact that you have to work with a number of people as you cannot create music alone. You have to work with producers, directors, public relations, the fans and a host of others. You need to know how to navigate and have conversations with them and understand them. It is not really an easy thing.

Do you intend to have collaborations with people who do indigenous music in the industry, since you sing a lot in your dialect?

I love and respect some musicians till now. I have listened to some of them a lot and if I get the opportunity to work with them I will be very happy.

Are you signed to another label?

I can’t give out much on that now but I have people I am working with and making sure that everything happens. Whatever it is will be made public in due time.

If not music or film, then what else?

Only music is enough wahala and adding film is another. We are not all wired to do all things. Music and film for me is what is public for now.

Are you satisfied with music done by Nigerian artistes generally?

Everyone has his/ her fans. Being creative in whatever way is not an easy task, it is about the imagination. You don’t have a right as a person to judge another’s creativity. It might just be the height of the imagination. If you enjoy a particular kind of music, fine, if another, cool. The satisfaction you get has nothing to do with one as a listener; if you are looking for a kind of music, you know where to find it. That is what matters. If I am looking for Jazz or another genre, I know how to find it.

So, how would you explain quality music?

Quality is relative to an individual. Personally, I listen to a broad range of music. What I listened to yesterday might not feel like it tomorrow. Sometimes it is just about my mood. What is quality to you might not be same for another person. We cannot put standard to what is quality or not quality except it is noise or disjointed music.

How do you balance the pressure that comes with being an artiste?

For me, I put conscious efforts to always remember I am still my persona, a human being. I take it back to people who trusted and believed in what I was doing even before now. People will always want you to do more; I’m watching and yes, when the time is right, more content will come out. For the fans now, what we are doing is keeping them happy.

What do we expect from you this year as a brand?

The year is just starting off you know… we are still having strategy meetings. But one thing that I’m certain of and I can answer which is actually vague is that there will be more music this year. I don’t know for sure if there will be another album but there might.

I relax well watching football games; especially Arsenal matches. I am an Arsenal  fan – thank you.

If you could turn the hands of time, what would you change?

I can’t imagine doing things differently. But…you know if I could start again as much as I love music and would still do it in my next life, I will probably get into the Army. It fascinated me growing up.

I would like to collaborate with Simi, but I won’t give you my line up now, because these things can change anytime. I could be feeling one person today and another next time. There are only a few collaborations one can make unless you just realise you are making a collaboration album. I love her creativity, maturity in delivery and how she can carry people along. So Simi for now. But note I don’t want to be a categorised musician.