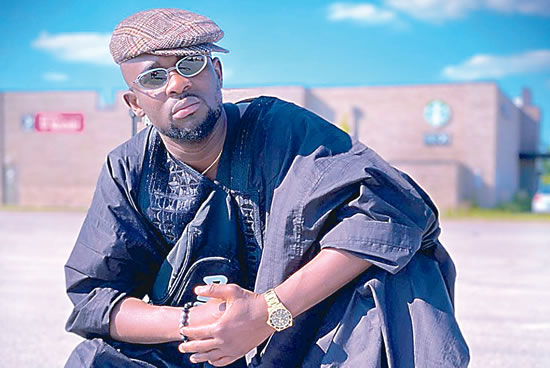 US-based Nigerian comedian, Ibrahim Bolaji Lawal, popularly known as Ibadanboy, is one of the young talented brains currently changing the face of the comic industry with his online comedy. In this interview by SEYI SOKOYA, he revealed how his growing up in Ibadan, the capital of Oyo State influenced his caree. Excerpts:

How do you combine acting and your personal life?

Honestly, it hasn’t been easy combining both because acting is really demanding, especially when there is a project at hand to execute. This requires my 100 per cent attention, time and concentration which usually hinder some other things that should be attended to.

Would you say fame has changed you in anyway?

I still remain absolutely who I am, but if there is anything fame has changed in me, it would be learning to be more patient and tolerant.

What are the challenges faced as a comedian?

Numerous, one is attacks and derogatory comments from some fans who sometimes take the content of my skits personal believing it is intended to mock them. Another one is in the area of movie production. It is uncommon for a comic act to get challenging roles if it’s not a comedy movie.

Have you ever been faced with people who think your comedy skit is boring? How do you handle such remarks?

Definitely, especially at the beginning of my comedy career, a childhood friend of mine called me razz and lot of friends even kept away from me because of my style of comedy ‘acting a local’ but thank God today, the rejected stone is now the cornerstone. However, I never pay attention to such energy as it is a distraction that is expected enroute every road to success.

How do you come about your skits?

I gain inspiration from current happenings in my environment and the world at large, personal experiences I had from the hood while growing up.

Would you say scarcity in movie roles made you go into Instagram comedy skit?

I was first an online comedian before I started doing movies. So, for me, online comedy is like my major course while movie making is an elective course.

How challenging is it to make skits in terms of consistency?

It requires a lot of commitment, dedication and being informed about current events to be able to deliver efficiently to my audience not just something to laugh about but also pass across important messages through my comedy.

Instagram comedians seem to support each other’s craft, what benefit comes with casting each other in a skit?

Thank God for this generation that values oneness regardless of your tribe or religion. This act you have mentioned is to promote and has promoted unity and spread love among us and our individual followers/fans.

What would you say comedy/acting has done for you?

Comedy and acting like I said before has taught me to be more tolerant, humble and respectful. And to God be the glory I’ve gained a lot of family through this platform and also met a lot of wonderful people.

Growing up for me was a little bit tough, especially trying to survive in the hood and striving to become someone.

You seem very much connected to Ibadan, what’s that special thing about Ibadan for you?

I am a proud indigene of Ibadanland. I was born and raised in Ibadan, Oyo State. I had my elementary and high school education in Ibadan before proceeding to higher institution. So, you see Ibadan means so much to me.

You’re based in the UK but your skits mostly revolve around Ibadan characters,  kindly explain the connection?

First of all, we must not forget our heritage. Looking at the society and our generation, a lot of people are diving towards borrowed culture and tradition making them unknowledgeable of their open source. I use my style of comedy to bring back sweet old memories and make people fall in love with that which belongs to us. This, interestingly, has made a lot of people become interested in acquiring more knowledge about our people, places, foods, culture, tradition and history. So, my skits are intended towards bringing back the forgotten heritage.

Do you believe in the saying that “what will be will be”?

Yes I do. No matter the child of whom you are, where you might have come from or what you have been through, whatever has been destined to be would definitely be. However, one needs to tie his Carmel first then trust in God to keep it safe.

My husband is addicted to s3x