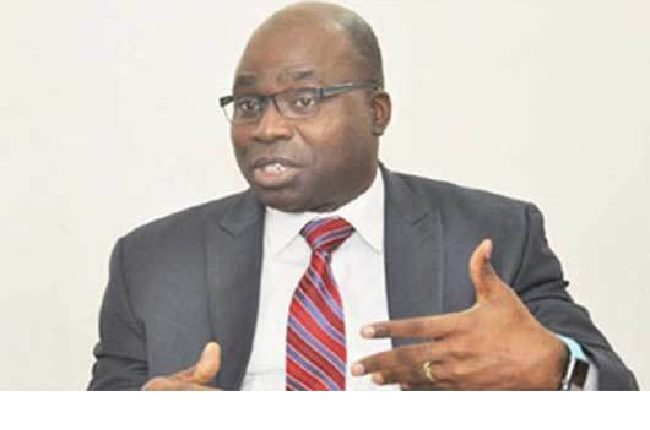 The Independent Corrupt Practices and Other Related Offences Commission (ICPC) in collaboration with the National Orientation Agency (NOA), has solicited the support of stakeholders in the fight against corruption in the country.

Owasanoye, represented by a Board member of the ICPC, Dr Abdullahi Sai’du, representing North Central Zone, explained that the dialogue was to sensitise traditional and religious leaders and civil society organisations to help in rejuvenating Nigeria’s lost core values of honesty and integrity among people.

He stated further that the stakeholders whose voices and opinions were respected in the society would help create awareness among people on moral values reorientation as a vital tool to fight corruption in the country.

“As character moulders and champions of integrity and national development, traditional and religious leaders and Civil Society organisations (CSOs) play crucial roles in the development of our communities.

“As character moulders and champions of integrity and national development, you are to go back to your various communities to help teach moral values and discipline in your communities so as to bring corruption to the barest minimum,” he said.

He, however, described traditional and religious leaders “as people whose opinions and voices were respected by their subjects, urging them as critical stakeholders to help in initiating and sustaining behavioural change amongst the people.

According to him, corruption was linked to some vices such as lack of home training, lack of morals and lack of discipline, thereby stressing that only traditional and religious leaders who are the closest to the people especially those at the grassroots can assist in making sure Nigerians operate and uphold core values to reduce corruption.

In his welcome address, Resident Anti-Corruption Commissioner of ICPC in Niger State, Mr Sayanna Dan-Musa said the sensitisation was aimed at enthroning behavioural change and socio-economic rebirth in the society.

He added that the role of traditional, religious and CSOs was key in driving behavioural change and good governance in the country and called for the support of stakeholders in the fight against corruption in the country.

In his remarks, Acting NOA Director in Niger state, Alhaji Yahaya Gbongbo said the traditional, religious leaders and CSOs were to help revitalised core values such as integrity, patriotism and self-reliance among people grassroots to achieve national development.

Religious leaders from the Christian Association of Nigeria (CAN) Niger State chapter, and Jama’atual Nasru Islam, promised to take up the fight against corruption to their members as well as preach unity and togetherness among both religious groups.