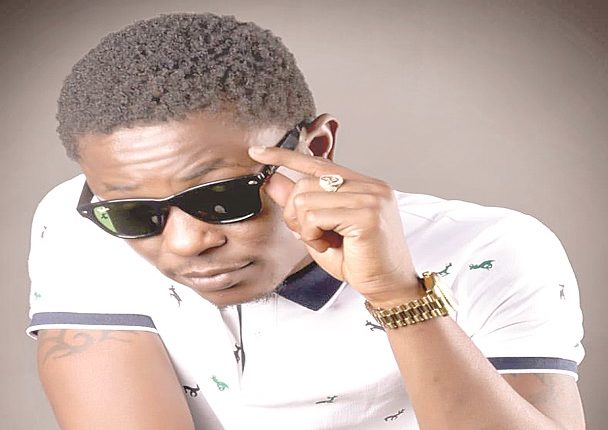 The Oyo State-born Afro music sensation told Friday Treat that his latest track, ‘Jaiye’ and his future works will further pave way for young artistes to succeed just like other artistes are currently doing.

KingTúrùn said he has just released the video to ‘Jaiye’ which is currently enjoying airplay in different countries including South Africa and Nigeria.

He said, “Jaiye is just talking about life in general and how I want to be rich and live life with love, good health and wealth.

“Although life is full of warfare, where there’s no pain, there’s no gain. ‘Jaiye’ is also talking about the ones who try to live their lives just to impress other people on social media, apparently they are rich online but poor in real life. They are the kind of people with bad energy and we all should stay far away from because sooner or later it will turn into depression.”

KingTúrùn, who started his career with ‘The Empire’ in 2007 added that his inspiration is to talk about life with his experience and all he had gone through which he believes will inspire other young youths who believe in God during the times of struggle.

He urged them to be focused, to believe in themselves and not give up while trying to achieve whatever they desire.

On his aspirations, KingTúrùn said, “I aim for greater heights and I believe in God with more hard work. And the good people with good intentions around me, I am aiming to capture the world’s attention with my music.

“I want to be the part of the Nigerian Afro artistes who will take the crown for all awards and the Grammys. As you know few other Nigerian celebrities are already getting nominations through their own hard work.

“I say a very big thank you to all Nigerian musicians who have paved ways for other artistes coming up,” he said.

Presidency sends EFCC zonal heads, others back to Police
THE Presidency has ordered some zonal heads and sectional heads in the Economic and Financial Crimes Commission (EFCC) who are police officers to return to the police headquarters… Read Full Story
After Over Four Weeks In Isolation, Oyo Commissioner For Sports Tests Negative For COVID-19
After spending over four weeks at the isolation centre following his testing positive for coronavirus on June 24, the Oyo State Commissioner for Youths and Sports, Mr Seun Fakorede, on Wednesday announced that he had tested negative for the disease…KingTúrùn Read Full Story
Southern Kaduna attacks being carried out by militia, Reps tell FG
THE Southern Kaduna caucus in the House of Representatives on Wednesday called for the Federal Government’s intervention in identifying and halting the financiers and members of the militia groups involved in the indiscriminate killings and kidnapping of innocent Nigerians, including children and women…KingTúrùn Read Full Story
Public Schools Still Not Primed For Reopening — ASUU Insists
THE Academic Staff Union of Universities (ASUU) says that neither the federal nor the various state governments have put anything in place to suggest that the protocols they reel out as control measures against COVID-19 will be implemented in their own schools… Read Full Story
Exclusive: We Cannot Rule Out “Wharf Rats” In Our Terminal —PTML
GRIMALDI Nigeria, the operator of the Port and Terminal Multiservice Limited (PTML) at the Tin-Can Island port in Lagos has admitted that due to the huge influx of cargoes that arrive at the terminal daily, it cannot entirely rule out cargo pilfering at the terminal…KingTúrùn Read Full Story
NIMASA, Customs To Check Temporary Import Permit Abuse
THE Nigerian Maritime Administration and Safety Agency (NIMASA) and the Nigeria Customs Service (NCS) have agreed to join forces to close loopholes in the Temporary Importation Permit (TIP) system that importers often exploit to avoid levies due to the government…KingTúrùn Read Full Story