I have no apology for kicking against profiling of Fulani as killers, kidnappers ― Bala Mohammed 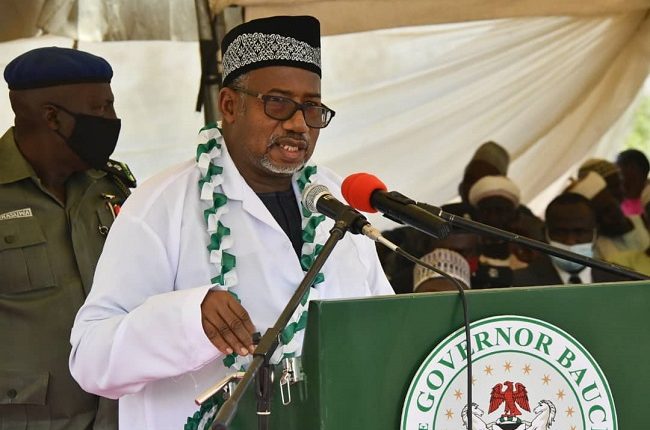 The Bauchi State Governor, Bala Mohammed, has said that he has no apology or regret for kicking against the profiling of the Fulani tribe as killers and kidnappers as well as perpetrators of criminal activities in the country just as he begged them to drop their guns and seek for a peaceful resolution for the problems.

The Governor stated this, on Wednesday, during the official flagging off of the 2020/2021 annual livestock vaccination campaign, held at the abandoned Galambi Cattle ranch in Bauchi.

Bala Mohammed said that the Fulani tribe over the years have been making so many sacrifices in their nomadic and pastoral life, adding that the protein needs of the country through the supply of beef would not have been possible without their contribution.

The Governor also said that there is no tribe or group that is free from criminality, so labelling a particular tribe with a crime is unfair and breeds disunity in the country.

He declared that “We kicked against the profiling of the Fulani as killers and kidnappers, we have no apology for what we have done because what we have done is to say the truth, that there is no tribe or group that is free from criminality.*

He stressed that “We are not saying that to spite anybody or spark unnecessary controversy, we have made our point. Nigerians across the board have discussed it and I am happy to say that from all indications, the majority of sensible Nigerians have appreciated what we have said and that is the point.”

Bala Mohammed added that “I will therefore need not to mention anything of this matter for fear that controversy will be escalated, I will listen to voices of reasoning and keep quiet about it. I am calling on our brothers, the Fulani to ensure that they make their communities free of criminality.”

“They must make sure that they fish out the bad eggs from among themselves because criminality is criminality. In as much as we will protect them that they cannot be profiled badly, they should make efforts to show that majority of them are good citizens, contributing positively to the growth and development of Nigeria,” he said.

The Governor further said that his administration will free resources that belong to the Fulani pastoralists in order for them to have their own right of way, thereby reducing the conflicts between Fulani Herders and farmers.

I have no apology for kicking against profiling of Fulani as killers, kidnappers ― Bala Mohammed