Nigerian-Canadian, Mrs. Abiodun Osoba, is the Chief Executive Officer of Agile Advisor Canada and Nigeria, with decades of experience in telecommunications, banking, retail, wholesale, technology and software industries. SEGUN KASALI spoke with her for her story. 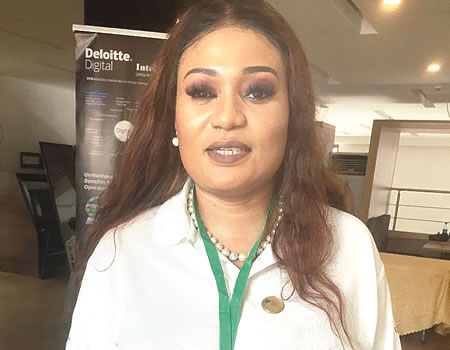 YOU were raised on Lagos Island. How was it then?

Good memories. I remember a lot of places we could go to such as the amusement park. So many things we could do that we took for granted in those days. Certain things we shared with friends have been replaced today by other things. There were lots of parties, entertainment and all kinds of stuff in Lagos Island, especially the Eyo Festival. My dad was part of the men’s club. We used to go there after school. I used to have lessons in the family house. Life was simpler. It was always about having fun. However, growing up was about the upbringing and the values. Looking back, those things have definitely shaped me. This will make me to forever be grateful to my parents. However, I tell my parents that ‘yes, you have good intentions for me, but approach, approach and approach. African parents find it hard to be innovative and everything in life is all about approach. If you have the best intention, but a wrong approach, it will connote a negative motive.

How do you mean, approach?

In African culture, when you want to correct someone about something, the next thing is to shout. The person won’t hear your message, but would rather say; ‘this person doesn’t like me. In that light, the message is lost.

Your parents never raised their hands?

I think I was hit once or twice, but those who used to take the beatings were my younger brothers.

Of course. I guess I said something I wasn’t supposed to say. I can’t really remember. Today, I have kids of my own. So, you must let them understand because you lose the message when you shout.

What are the traits from your dad?

His leadership quality was very direct. He was very calm. He will always communicate. I took that from him.

My mother is a serial entrepreneur. I took that from her.

What are your childhood memories?

They were all myths. There were certain things you were told that you couldn’t do because you were a lady and certain things you couldn’t do at certain times of the year. For example, the Eyo festival has some rules that if you make a mistake, you would have to deal with the consequences. Also, if you misbehaved, your neighbour would discipline you and thereafter, report you to your parents, who would then discipline you as well. So, you would get twice the punishment.

How tough was it growing up as a girl on Lagos Island?

I know I am here now talking to young girls, but it was really difficult for me finding myself. There wasn’t anything at that time. Today, there are a lot of people helping to chart a course to find those things. But in my days, nothing like that happened. There wasn’t a motivational speaker, so I didn’t have that. I couldn’t even find that with my parents. But I did know certain friends would mislead. That was a tough one for just being there and existing through secondary school to the university. Luckily for me, I got married and had the opportunity to leave. I have been out of the country for almost 20 years. As a result, I was able to now find my identity and my voice, by myself.

What were the consequences of not finding yourself?

Does this have anything to do with harassment?

Harassment? I don’t know. But harassment is something that has existed before me and will continue to exist. It is a perception per individual. How a male views a female. There are men that respect women and there are some who don’t. I have never had such experience. Even now, most people think that I should be a man because of my name and my field and so, I am addressed as Mr. Abiodun Osoba most time.

Because I am in a field predominantly filled with men.

What perception does this give you?

It is this culture. Most of the times before they meet me, I am addressed as Mr. A lot of times-the envelopes, the letters and everything addressed as Mr. And so, it is a perception and a culture thing. Because of the field of work I am in, and the kind of organisation I lead, people assume that one must be a man. It is only now that you see women being appointed in executive board membership. Even now when women are being appointed, the ratio is very small. People use the word “boss lady” to describe me. I am a leader, but not a boss. So, people can use whatever words. It’s theirs, not mine.

You studied Law because of this?

I felt being a lawyer, I would be able to express myself. I found out that I could make good arguments. Maybe that was it. I don’t know. But I saw myself as a lawyer. Unfortunately, when the time came, it didn’t manifest. I tried to pursue it even after I moved to Canada, but kids came and I got busy with other things and I am not a lawyer today. That reminds me. I was the third set at the University of Abuja. It wasn’t really a proper university environment, but now it’s changed. I wanted Law as my first option, but admissions had already closed and I was meant to wait for one more year. The second option was Economics. That was why I ended up being an Economics graduate.

No regret.  I can still pursue that degree anytime.

Were you also into pranks when much younger?

I played a lot of pranks in secondary school especially. In secondary school, I didn’t like fufu, so we used to have Titus fish and fufu. I had friends we would use different things to collect fufu on fufu nights, which was usually on Thursdays. I loved fish, so I did things to earn fufu and would eventually throw it at people. They wouldn’t know it was you because you would hide. It was fun to see the reaction.

How brilliant were you in school?

I was an average student and quickly I had to understand that average won’t take you anywhere. So, I needed to do something about that quickly and so, gaining knowledge helped me. Other people have other things that helped them.

What were you known in school for?

I won an award for best dressed. I liked to look good.

How was life in Canada?

Initially, it was tough because you were starting a new life; newly-married, having kids. I got married in Nigeria and within six months, I was there.

My husband was already on the journey and when we met, he told me. I didn’t even know it was going to take long. However, when it happened, I had to go.

How did you meet him?

And you just said yes?

No. As a Christian, I prayed a lot about it and I had a peace within me that he was the one.

He is very compassionate, caring, and a giver.

How do you resolve disagreements?

Within ourselves. It is us against the world. People will always fight. It is not just about fighting each other, but what you are disagreeing on?

The best gift you ever got from him

One valentine’s day, my husband surprised me with diamond earring. That was my first diamond ever and I would never forget that. I don’t know the cost, but it was a lot of money. That was many years ago. I still have it.

Who among your children is taking after you?

My first daughter. She is just like me. She likes things in a particular way, which is good.

How easy was it raising them abroad?

I didn’t have any problem raising my kids. I made them understand where they were coming from. God, and values my parents pushed to me, I also pushed to them. Not forcefully, but helping them understand. My children are very obedient. Even if I have ulterior motive and I think differently, they correct me.

What gives you so much joy?

Making an impact in someone’s life. I help people to build their careers. At Agile, I train them, coach them and mentor them. I give them an opportunity for a new career and getting a new job.

That was because somebody did that for me.

What are your unforgettable memories?

I almost had an accident at Takwa Bay with my cousins and my siblings. The boat capsized and the cell phone I was using fell into the river. We were all about to drown. Luckily, fishermen were around. They rescued us. We had to walk to the bar beach. My parents knew about it.

Is there anything you would have done differently?

I don’t know. Maybe I married too early. Maybe I should have started my career before having my kids. But I look at women today, especially those who started their careers before they got married, and they are still struggling. There are those who got married and have kids before starting a career and are still struggling. So, honestly, I am just thankful and grateful and I am happy for what I have. There is no easy way to go about these things.

Is it possible for a young woman to know a serious man?

You just ask him simple questions. I won’t give it out for free.

How do you excuse admirers?

I tell them I am married and not interested. If you waste my time, you won’t see me anymore.

Why there are problems in Ondo APC —Kekemeke, ex-party chair

My father wanted me to be a pastor —Boboye Oyeyemi

‘Why I don’t spend money on Mondays’

I was a bus conductor, mechanic, tailor apprentice —Ex-minister Abdullahi

‘How my mom raised 30 pence for my education’