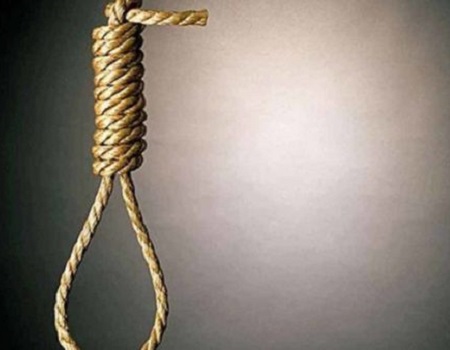 Tragedy struck yesterday in Ilesa, Osun State when a declared missing 45-year-old stylist, Tayo Olatunji discovered to have hung himself on a tree near a swampy area at Opo area of the town.

As of the time of filing in this report, the circumstances behind his action is yet to be ascertained but this might not be unconnected with the recent economic hardship being currently experienced in the country and the pregnancy in the womb of his wife which informed sources claimed he was unable to cater for as expected.

The deceased whose lifeless body was found dangling on the tree, had earlier been declared missing last Sunday by his family members who reported the case to the state police command before later discovered to have committed suicide on Wednesday.

A relation of the deceased who simply identified himself as Adewale hinted that, when he left home on this sad day, he did not tell anybody including his pregnant wife where he was heading to.

He, however, stressed that it was the outcry of residents of the area where he committed the suicide that drew the attention of passersby and other living in the adjourning area of the place to the bad incident they described as unfortunate.

Adewale, however, disclosed that the corpse of the deceased was detached from the tree by some traditionalists who performed some rituals before cutting the body loose from the rope with which he hanged himself.

Speaking on the development, the state command Public Relations Officer, Yemisi Opalola confirmed the story and that, the family had earlier reported the missing case of the deceased to the police.

She, however, stressed that the police had opened an investigation on the matter to ascertain the cause of his death.

“The police has started investigating the cause of his death and as time goes on, they would get to the root of the matter.