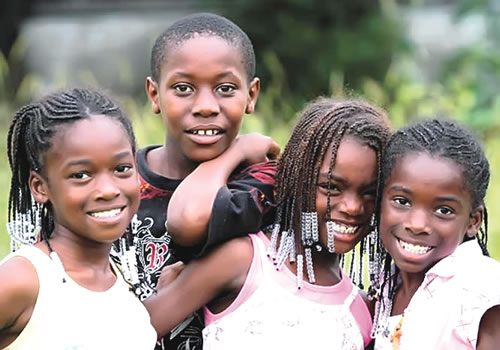 Mothers always ask when their babies are diagnosed with pneumonia what went wrong or what they should have done to pre-empt such a situation. Disease-causing germs from different sources, sometimes account for many diseases in children, including diarrhoea and pneumonia.

Germs and parasites make people ill when they enter the mouth via hands that have been in contact with faeces, contaminated drinking water, unwashed raw foods, unwashed utensils, or other contaminated sources.

Cleaning hands with soap, particularly before eating or preparing food, and after contact with faecal material from using the toilet or cleaning a child’s bottom, is one of the most effective ways to prevent diseases such as pneumonia.

Acute respiratory illnesses, including pneumonia, are another leading cause of death in children under the age of five. Pneumonia alone accounts for approximately 13 per cent of child deaths.  Developing countries have the heaviest burden of childhood pneumonia, and half of all deaths occur in only five countries including Nigeria.

Evidence suggests that washing hands with soap after defecation and before eating can cut the respiratory infection rate by up to 25 per cent. In 2011, a study in Pakistan published in The Lancet found that handwashing with soap reduced the number of pneumonia-related infections in children under the age of five by more than 50 per cent.

In 2019, researchers reported in the International Journal of Research and Scientific Innovation (IJRSI) that poor access to water and poor sanitation and hygiene practices of caregivers in Abia State are directly related to the prevalence of pneumonia among their children.

Pneumonia prevalence among the sampled children less than five years over a three-year period was 18.4 per cent, and this was significantly associated with access to water, sanitation practices and personal hygiene of their caregivers.

Dr Olufunmilola Makanjuola, University College Hospital’s infection control team lead, said that pneumonia is an infection transmitted by respiratory droplets. Droplets are very small drops of a liquid expelled when someone coughs. talks sing and sneezes. Individuals that sneeze or cough into their hands can easily transit it when they shake hands, and touch surfaces like doorknobs and tables.

According to her, these respiratory droplets can land on an infected person’s hands and transfer after touching various surfaces such as tabletops, kitchen slabs, floor, doorknobs and light switches.

Young children have the tendency to put items and their hands in their mouths and noses or to rub their eyes. They also touch their playmate, share their toys and crawl on the floor. Thus, a healthy child could become infected by touching a surface containing the virus and then touching their own mouth or nose.

Dr Makajuola said that in a bid to reduce children’s contact with germs that droplets contain, regular washing of the child’s, mother or caregiver with soap and water is important.

“The home culture of hand-washing should be raised in children. Over 90 per cent of diseases like typhoid fever, diarrhoea and intestinal worms are contracted from dirty surfaces and unclean hands by individuals, including children.

“Handwashing with soap and water is for everyone because a chest infection, including cold, flu and pneumonia is not limited to a particular age, although there are some infections that are commoner in children than adults. But everyone is prone to chest infection,” she added.

Mothers play a dual role in infant care, they are responsible for child hygiene, treating their faces, blowing their nostrils, etc., and general housekeeper, including preparing meals for the family and feeding children.

However, “many mothers assume their hands are clean because germs are not visible to the naked eyes but they are there. A clean hand is only achieved by washing with soap and water,” said Mrs Adebimpe Gbaja, UCH’s Infection control nurse.

Mrs Gbaja said many things are assumed to be clean and could be handled by children.  According to her, “working-class mothers ‘phones, like those working in the hospital, can carry germs. Now, the first thing many children pick is their mother’s phones which they put in their mouth; some pick pens that are infected and put them into their mouth. And so they get these infections from us.”

The 840,000 germs on the hands at any given time spread up to 80 per cent of common diseases. Germs can stay alive on hands for up to three hours. The mouth is the main entry point for germs.

So, instilling good hand hygiene in parents, caregivers and children are important. The majority of mothers who were knowledgeable about handwashing were not executing it accurately. Making handwashing fun for children will ensure compliance at all times, too.

For instance, parents and caregivers can add in a handwashing quiz or game in which children can participate actively and perhaps be rewarded at the end for their efforts to help them to remember the various steps in hand washing.

Visual prompts, such as posters depicting areas of the hands to scrub and physical paths to handwashing stations have also been successful in evoking handwashing in elementary school children.

Keeping hands clean is a form of social responsibility that helps in reducing the risk of infections. The simple act of washing hands with soap and water can save many lives.