How people look at women in politics is quite challenging ­ —Hon. Meranda 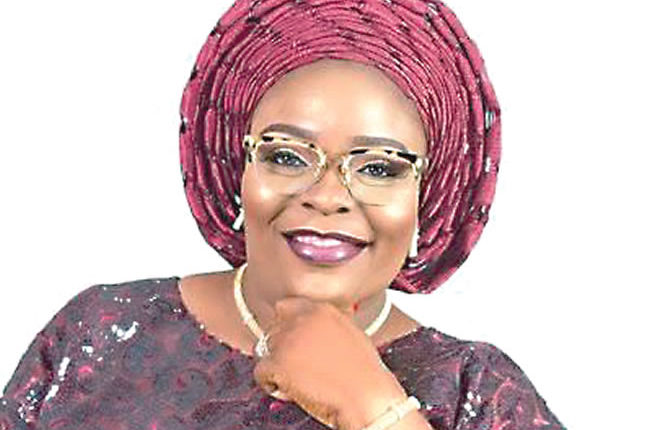 Honourable Mojisola Lasbat Meranda is the Chief Whip of the Lagos State House of Assembly and representative of Apapa Constituency 1. She speaks on her journey into politics, her position in the House, the legislative business and life as a female lawmaker among other issues. SEGUN KASALI brings the excerpts.

How did you get into the business of law-making?

Well, it has been wonderful, and challenging at the same time but I give God all the glory. When I started, especially coming from a different background, meeting others from different religion, beliefs, background and how to manage everyone without having issues was a bit challenging at first. But, as time went by, everything became normal.

Of all these challenges, which is the most striking?

The way people look at women in power. When we have some issues to discuss and you hear statements like “Se bi obinrin le yin” ( aren’t you  just a lady?). You know what used to strike me a lot about the question was what being a woman had to do with it. We all contested for the same offices. So, what were they talking about? What I spent for my election might be different from theirs but, we all went out there to contest, not that because we are females, we just sat down and they brought the ticket for us.

Yes. Well, I think this is due to the passion I have for politics. I grew up in a political arena. I had siblings that were into politics and I used to just sit down and listen to them, watch them and gradually, I learnt and thereafter picked interest in it. It has always been in me to always want to give back to my community. So, I imagined myself in a particular position that I could influence people’s lives positively. So, that has always been in me. So, going into politics was like a gaining a platform to reach out to my people.

How have you been reaching out to your people?

To me, I do my own background check to see what people want but it is what they need that I usually go after. Sometimes, someone might want something, but might not need that thing at that particular time. So, I go the extra mile to do my findings and see what exactly they need and not what they want. So, this is part of the criteria I use in doing my own outreach.

What form has this outreach taken?

Just to mention a few – I have been able to do medical outreach, where we come together with medical doctors and volunteers to check people’s well-being and give them free medication, and free eye glasses. There was also the dental section. Yearly, I do the regular Jamb form. Recently, I did empowerment programme for automobile mechanics by bringing people together to train them. Someone coming from as far as Lebanon to give them training and after the training, they were issued certificates, and given digital diagnosing machines to deliver their work effectively. I have been able to do water projects, school furniture, support for petty traders and widows and so many other programmes.

What are the specific challenges facing your constituency?

Traffic. Although with the new task force that the government set up recently and e-call up system that the Nigerian Port Authority introduced, I think it is gradually easing. We just pray and hope that  we can maintain that standard so that the traffic will be a thing of the past.

Has it been easy as a female lawmaker?

Well, it is not about being a female lawmaker but you know generally, it hasn’t been easy for even those in the private sector. We all have one issue or the other to grapple with  but it is normal. So, I would not want to streamline it down to say, it is challenging being a female lawmaker. When it comes to equal participation in politics, we are not there yet. We need to also get our priorities right as women. It is not about the fact that we want the figures and the numbers. Let the capable ones come up. It is not a matter of having more male representatives.

So, are you saying the actualisation of the recommended 35% women participation in politics is impossible?

It is possible but we need a whole lot of orientation. We are not there yet. The orientation should start from our different homes, worship centers and so on. Let it be registered on people’s mind that we are of the same level.

Were you served power a la carte?

No. I did not get it on a platter of gold. Power is not served a la carte. You need to go out there and get it. In 2015, I contested with a sitting member. We went through the primaries together and I won. Nobody brought the ticket for me at home. I campaigned. I did my networking and my marketing within the political setting. I marketed my product to the people and those who believed in the product bought it. You need to know that if you get it on a platter of gold, you won’t appreciate it. But, if you go through the process, you will appreciate it better. You will value it and appreciate those that were on that journey with you than just sitting back and someone is bringing the ticket to you. You will only be responsible to that person.

As the Chief Whip of the House, what are your roles?

Chief Whip of the House is more like the person in charge of orderliness in the chamber. The Chief sees to people comporting themselves and abiding by he rules of the House- well dressed, ensuring that people are not just wandering about during plenary and making sure that he or she calls to order anyone who misbehaves.

I think it is not about sponsoring bills because we have a lot of old laws that need repeal and amendment. So, I think we need to update our own side first. It is not about sponsoring a bill and after a while, we leave it on the shelf. So, I think we should concentrate on the old laws that need amendment and maybe take a step further by ensuring that there is proper enforcement.

There is need to develop the solid mineral sector —Kogi Commissioner

I’ve always been ‘possessed’ by my passion for modelling —Esther Agine, winner of…