How Orkar coup opened our eyes in the North — Adamu Fika 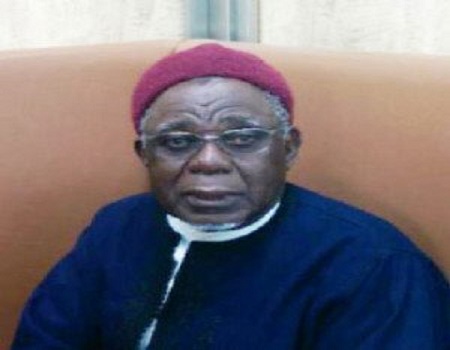 Chairman, Board of Trustees (BOT) of the Arewa Consultative Forum (ACF), Malam Adamu Fika, has said the Major Gideon  Orkar coup of  April 20, 1990 necessitated the formation of the forum in 2000.

Going down memory lane, the Northern elder maintained that ACF was formed by mostly northern elders and leaders in order to have a voice for the region.

Fika, who was one time Secretary to the Government of the Federation (SGF) and Head of Services disclosed that three northern groups fused into one to become ACF with the objective of dousing tension caused by the failed coup.

Speaking at the formal inauguration of the 20th anniversary committee of the ACF, Fika noted that the forum had played significant roles in the country, especially in the areas of peace and conflict resolution as well as maintaining political stability.

According to Fika, “ACF came into being in 2000 through the fusion of three northern groups, namely the Turaki Committee, the Northern Elders Forum and the Unity and Development Foundation.

“The Turaki Committee, chaired by late President Shehu Shagari was established in the aftermath of the Gideon Orkar coup with objectives, among others, to douse the tensions created by the failed coup and help to stabilise the polity.

“With time, as the situation in the country became calm, the activities of the Turaki Committee slowed down. The Northern Elders Forum (NEF), which was led by late Alhaji Abdurrahman Okene, was formed to ensure sustainable political stability in the country.

“The decline in the activities of these two groups led to the emergence of the Unity and Development Foundation, which was led by late Alhaji Sule Katagum. The formation of the Unity and Development Foundation, bringing to three the number of groups in the north which led to a competition among them, underscored the need for the north to have a strong and viable umbrella organisation.

“The late elder stateman, Malam Yahaya Gusau, encouraged the late Mai Borgu, who first mooted the idea, and Malam Liman Ciroma, to ensure the creation of a new group for the north.

“As a result of consultations among northern leaders, including political, ethnic and traditional leaders, it led to the fusing together of the three groups into a new umbrella to be known henceforth as the Arewa Consultative Forum (ACF).”

He recalled how ACF defended the interests of the north at the Oputa Panel.

“Worthy of note is the ACF outings at the Oputa Panel, when we defended the interests of the north in general and the role of northern soldiers during the Civil War.

“The ACF also played significant roles during the constitutional conferences. Our mediation efforts helped to douse tensions and accelerated the processes of reconciliation in Jos sectarian crises and the Tiv/Jukun crisis. Regrettably, the Tiv/Jukun issue has again reared its ugly head,” he added.

The former governor of Sokoto State, Senator Aliyu Wamakko was appointed chairman of the anniversary organising committee, while 130 sub-committees were formed.

Kano gov wades in on death of 8-year-old

Benue killings: We are sorry, Miyetti Allah apologises on behalf of herdsmen to Benue govt

Dabiri-Erewa congratulates Prof. Egbu on his appointment as VC of UK university