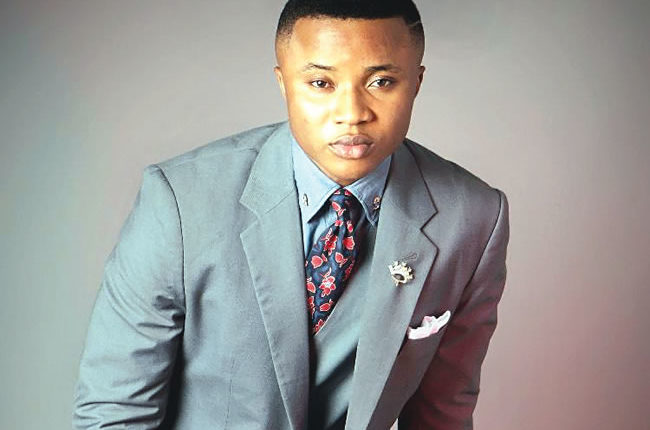 Akinola Akano is an actor, scriptwriter and movie producer. He gained prominence for his role as ‘Segbowe’ in the popular TV sitcom series, ‘Awon Aladun De’ which airs on African Magic. The graduate of English Studies from Tai Solarin University of Education in this interview by FEMI OGUNTAYO, tells the story of his life. EXCERPTS:

Congratulations for tying the knot with the love of your life recently. How does it feel to be married? How is life as a married man?

I feel grateful to God that I am married (smiles). I may not be able to tell you too much about life as a married man right now because I am just a few weeks into my marriage. So far, it has been beautiful. You know, when you marry your best friend, everything becomes beautiful and easy. I am hopeful that the many years we are going to spend together are going to be beautiful.

What would you say has changed or would change about you now that you are married?

I would say I feel more organised now, because when you now have someone who advises you and thinks along with you and influences your decisions, these are some of the changes you experience. My view about life has also changed, I now think about us and not about me alone anymore.

Everyone knows you as Segbowe, who is Akinola Akano ‘Segbowe’?

I got the name ‘Segbowe’ from the popular TV series, ‘Awon Aladun De’. Segbowe is different from Akinola Akano. Akinola Akano is quiet and can be shy. I can be an introvert and at the same time be an extrovert and you know Segbowe now, he is a nosy neighbour who comes around and interferes in the affairs of the Aladun de family. Besides that, Akinola is a Christian, a husband now (laughs), I am an actor, a scriptwriter, a movie producer, a lover of God. That is basically who Akinola is. Akinola is not Segbowe and vice versa. I am a versatile actor who plays any role as explained in the script.

Growing up for me was an interesting one. I grew up in the city of Ibadan and it was quite tough at some point in my life and I believe that was what helped me to be where I am today. I hawked around the city of Ibadan, Beere, Oje, Molete, Iwo Road, those are the places I grew up in. It was quite interesting because I realised this profession that I am into now is as a result of where I grew up from. My experience as a child was a process I would say led me to where I am today.

I went through a lot during my childhood, jumping from one school to the other because there was no fund to pay school fees. We were having financial issues at home and we ended up in the street hawking fried fish, hawking books in Beere, all these nursery and primary school books. I did menial jobs for bricklayers, sold bread, cooked eggs, etc. I did a lot of jobs to survive, but I thank God for where I am today.

What about your educational background?

I had my primary and secondary school education in Ibadan. I attended Olabisi Onabanjo University in 2006, where I got a diploma in Industrial and Labour Relations. Then I moved on to Tai Solarin University of Education in 2008 to study English studies. That is where I graduated from.

How did you start your acting professionally?

I started acting at a very young age, in church; I was part of the drama group. Talking about script writing, there was a brother I had then, his name is Femi, and he would bring story books he had written for me to read. That was how I developed interest in writing too. I started writing as far back as 2005; I was a bit older then. I would give my dad to read and he would promise that someday he would publish them, that I should keep writing.

So, by 2011/12, I had already developed interest in acting. So much that I would go for auditions in Lagos. At some point, I joined a theatre practitioner, that is Mrs. Foluke Focus in Ibadan. I started following her for some time before I eventually started. I was still going for auditions before everything changed. That is how it all started – going for auditions and learning under somebody. Scriptwriting has always been what I do. I love to write stories, cook up stories, I started learning online too. I would go online. Then I got to feature in the TV series Awon Aladun de through an audition.

As a scriptwriter, could you mention some of the major scripts you have written?

I have written quite a lot of scripts. So far, I have written over 40 movie scripts but it is hard for me to choose which my best is. The ones I have produced are; Eleri, which is shown on African Magic. Speaking of comedy too, because I write in different genres, Knockdown is the latest of my jobs which is out on YouTube and I love it so much. I love it because it is my first self-produced comedy and I have been getting a lot of feedback about how much they love it.

Then, there is ‘Stab’ ‘Stab’ has been produced but yet to be released, it will be released next month, March. It is also a good one. I have written a lot, so it is always hard for me to choose one and say this is my best. I am also one of the scriptwriters for ‘Awon Aladun De’. Some of the episodes you watch which you find them funny and interesting, I write some of them too.

What are the challenges you face as an actor?

The first challenge I would say is acceptance. People accepting that you could do it. It always takes a while before people can accept that you could actually do it and it takes the grace of God. Not only the fans, I am  talking about the industry itself. Another thing is, as a public figure, people expect you to live above God, they forget that you are also human and can be human anytime and anyway. So, that challenge of living up to expectations, that is there too and of course funding. That challenge of you getting paid for your efforts, these are the few challenges. Also, the challenge of not being able to move freely on the streets like I would want to is part of it. Sometimes, I try to but I would get stopped by my team and I would be like, can I just live my life? So, those are the challenges.

Is there a role you will never play, no matter the amount of money offered for it?

I can never play a role that would have me expose my private part. Never.

How do you see the movie industry in the city of Ibadan in the next 10 years?

As a young boy who grew up in Ibadan, it was very challenging and hectic having to travel to Lagos those days to get roles or go for auditions. So, while I was in Ibadan, I used to tell myself that someday we would make Ibadan great. Thank God we are doing that. Ibadan is gradually becoming the hub of entertainment too. With the help of great actors and producers from Ibadan, who live in Ibadan, with their help, to the glory of God, Ibadan, is becoming the hub of entertainment and we are grateful to God.

That is why in my latest movie, ‘Knockdown’ I was able to portray Ibadan in a different light. It was my own way of appreciating Ibadan where I grew up even though I also live in Lagos, it was just my own way of changing the narrative that Ibadan people love abusing people. Ibadan people are accommodating and I was able to portray that with ‘Knockdown’. Ibadan will be great in the next ten years, which is why the roads are always very busy these days, because everyone is moving into Ibadan. I think it is the next big thing after Lagos.

If you are to quit acting for N100m, would you?

No, I won’t. Acting is life, filmmaking is life. I believe I would make N100 Million with filmmaking. So, I won’t. Give me the money, invest it in my career and see what I will turn it into in months.

Yes, I have quite a few funny ones.  There was a time at an event, this fan just came all of a sudden, from behind and slapped me really hard on my back. When I turned, a colleague who was with me was even the one who spoke for me. ‘What happened, why did you hit him like that?’ and the fan said, ‘we know him now, is this not Segbowe? It was quite embarrassing; people think the same Segbowe they see on TV is the same Akinola in real life.

Another one was on set, an actress just confronted me like, ‘who is your mate?’ and was trying to talk on behalf of another colleague. At the end of the day, we realised I was even older than this person. I guess my young face caused that. People seem to take this age thing too seriously. It was quite embarrassing because we were on set.