How far can 2021 budget recover the nation’s economy? 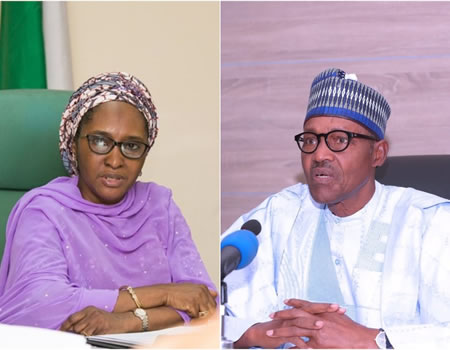 For the second time in the administration of the President Muhammadu Buhari-led All Progressives Congress (APC) government, the nation has a budget for its fiscal year starting from January to December.

Tagged the “Budget of Economic Recovery and Resilience,” the Buhari government is of the view that the 2021 budget would drive the economic process and lead the country out of its recession. Thus the 13.58 trillion naira budget is predicated on daily production output of 1.8million barrel of crude oil to be sold at 40 dollars per barrel at an exchange rate of 379 naira to the US dollar. Like other budgets prepared by the APC-controlled administration, the 2021 Financial Act will be operated with deficits. The government budget deficit financing has hovered between 20 to 30 per cent since 2015. This deficit is usually sourced from loans to fund capital projects that would drive economic activities. In the case of the 2021 budget, the deficit stands a little above 5 trillion naira.

Besides this deficit, the budget has another deep hole in its financing, thus diminishing the opportunity to fund critical infrastructure that could cause a meaningful change in the economy. One of such is the amount allocated to debt servicing put at 3.324 trillion naira. Debt servicing, therefore, would effectively cut deeply into what would have been made available for capital budget needed to boost the economy.

President Buhari during the presentation of the budget proposal on October 8, 2020 had told legislators at the joint session of the National Assembly that funding was a serious draw-back for the budget.

“Let me emphasise that revenue generation remains our major challenge,” he said, giving an indication of the challenge the government might face in the year just as in proceeding years when it had to borrow to run the economy.

Earlier in the year, as a measure to mitigate the deficit, the twin house of the National Assembly, led by the Senate Committee chairman on Finance, Senator Adeola Solomon Olamilekan, scrutinised over 60 government-owned enterprises to harness funds to close the deficit so that the budget could be able to meet its objectives of securing the land and boosting the economy.

The quest was predicated on the belief that the nation has enough money to fund her budget as against the yearly budget preparation that has about 30 per cent of the budget on deficit leaving the government to go scouting for loans from different parts of the globe.

In spite of the effort, the large chunk of funds allocated to these two non-capital development areas would no doubt impact on the ability of the budget to meet the aspirations of its designers.

For instance, the allocation to education, power and health which form critical aspect of human development summed 365, 891,630 naira. With the longstanding call for better remuneration and conducive operational environment for teaching and research in the educational sector, the government faces a huge bill of over 1 trillion naira following agreement in 2013 for the stakeholders in the education sector to meet its mandate as ivory towers. Although the federal government has met six of the nine demands of the Academic Staff union of Universities (ASUU) and her ancillary unions, the remaining three demands still constitute a hole in the funding requirement for the education sector as the capital allocation stands at 134,591,025,027 naira.

For a budget designed to boost the economy and push it out of recession, the kind of spending required to achieve this is clearly in deficit in the budget signed to regulate spending in the 2021 fiscal year. The health sector has its own challenge, bolstered by the second wave of COVID-19 which has taken an alarming turn and requires enormous financial response from the government to infuse life into a country battling a devastating second wave of the deadly virus.

Allocation for capital project to drive activities in the health sector stands at 24,554,710,490 naira. The infrastructural deficit in the sector would have reduced this allocation to mere figure without the needed impact.

President of the Senate captured the deficiency in funding the budget viz-a-viz aspirations for development thus: “We have very massive, noble and laudable projects lined up as a government and, as an administration but the critical factor of revenue is militating against the realisation of some of these projects.

“In fact, Nigeria has to go out to borrow to fund some of these projects. But we believe that we can do better in terms of revenue generation and collection.

“We believe that in addition to the oil sector, those non-oil sector revenue generation agencies can meet their targets and even do better than the targets,” Lawan had said, adding that there would be a quarterly meeting to review the performance of the budget. The meeting, he said, is not intended as a probe or investigation but simply to enhance the government’s capacity to perform.

“Nigerians have given us four years. We have already gone beyond half of first year. We made so many promises to Nigerians.

“Those students who walk the streets; those people who would graduate and have no jobs should have jobs or, at least, should be hopeful that jobs would be there.” Lawan stated when the Senate began meeting with revenue generating agencies of government to boost the revenue profile of the federal government to be able to fund the 2021 budget and eliminate or reduce to the barest minimum the trajectory of 30 per cent annual budget deficit.

Lawan’s position was canvassed long before the 2021 budget was passed and assented to by the president who is also said to have expressed worry over the challenges on how to raise the requisite revenue to fund the budget.

Another critical component of the 2021 budget is the security sector allocation that hovers around 28 billion naira. It may not make any significant impact when put side by side the budget allocation for 2020 which was 27 billion naira.

The budget for works and housing, 399,694,565,222 naira that is expected to drive jobs and stimulate economic activities in all parts of the country has its own limitation as the supervising minister dismissed the capital component of the project describing it as inferior to the budget for housing in Lagos as far back as five years ago.

Nothing more captures the reality of poor funding for the 2021 budget than the comment of the Minister of power when he appeared before the senate committee on power to defend the ministry’s budget. Besides stating that the ministry is indebted above the allocation, he pointed out that: “There are attempts to tally up 135 billion naira. Excuse me sir, with very due respect, one hundred and something billion to build houses across Nigeria, with great respect, is nothing.

“I do not want to be misunderstood, at the time I was leaving office as Governor of Lagos, the budget for the housing ministry of Lagos was 40 billion naira and it was not enough!

“Go and check that budget of 2015. The last budget for Lagos in my time was 40 billion naira and it was not enough!

“So if Nigeria is now doing over 100 billion naira six years after, when the price of cement and everything has gone up and we think we are addressing housing deficit over 36 places.”

The posture of the ninth senate as encapsulated by Lawan to mitigate the shortfall as the executive administer the budget is that: “We want to see where we need to do more legislative intervention and give some supports including incentives.

“Every agency that is revenue generating should have a target. We have asked the minister of finance to furnish us with the targets set by the ministry in conjunction with the agencies.

“Is it something that requires immediate legislative intervention to resolve the problem or the challenge? Or is the policy that is now becoming an encumbrance.

“Where you have one, don’t waste time to reach us in the legislature, we will provide legislative intervention required as fast, as expeditious as possible because time is of essence.”

Way of a man with a maid