Founder/CEO of the fast-rising record company, Handsum Records, Elox Logistics and designer sneaker brand, Handsum sneakers, Dessyhandsum, touted as the ‘king of giveaways’ on social media, is stopping at nothing in his resolve to continue doing the best he can in helping the needy. Contrary to rumours and speculations making the rounds on why the […] 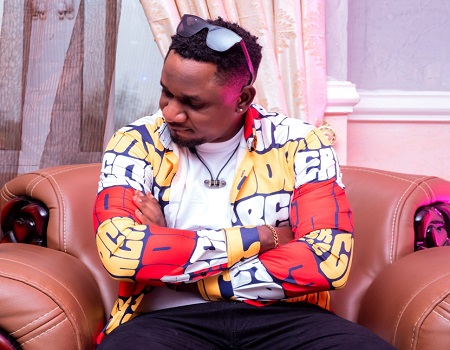 Founder/CEO of the fast-rising record company, Handsum Records, Elox Logistics and designer sneaker brand, Handsum sneakers, Dessyhandsum, touted as the ‘king of giveaways’ on social media, is stopping at nothing in his resolve to continue doing the best he can in helping the needy.

Contrary to rumours and speculations making the rounds on why the popular philanthropist and serial businessman helps people, he recently spoke to the press to clear the air.

Speaking on how and why he embarked on his giveaway mission, Dessyhandsum said; “I know what it feels like to be without food a whole day because I’ve been there. It hurts me seeing people go through this hunger strike of a thing, of which I’ve taken it upon myself to support with the little I can through my giveaways.”

Unlike some who would expect to recoup the monies expended on helping the needy, for Dessyhandsum, helping others is an investment he expects to get the reward in heaven.

“I see money channelled into helping/supporting others who need it as a great investment already. I see giveaways as a heavenly investment; I’ve received things I don’t merit from God through these souls I’ve touched with my giveaways. I don’t see giveaways as money wasted. Like I said earlier, my reward is in heaven, and mind you, the same giveaway gave me the fame I have today, so it’s worth it”, he said.

For those who are of the opinion that his giveaway habit is not authentic, he had this to say;

“You know in this part of the world when something appears to be too good, then it’s seen as not true. If you’ve been so observant, this giveaway thing has been so rampant on Instagram, everyone is doing a giveaway to drive traffic and all that, it’s now like a business with so many competitors. People tend to say and do a lot just to bring you down especially when you are topping the game, I have thousands of people whom I’ve reached out to with my giveaways and the records are there.

I’m very transparent and genuine, I don’t involve in shady things. The motive behind my give away is genuine. I run a series of businesses and I’m sure the public already know what I’m into. I’ve never regretted giving. Though sometimes when you give some people don’t come back to say thank you, I don’t see it as anything, even in the bible, the ten people Jesus helped, only one came back to thank him.”

He added that giving is something he’ll do until his dying day. “I just do it as the spirit leads, but I’m sure that I will continue giving till I die. Though I’m planning on setting up my own NGO, I think by then the giveaway thing will be properly channelled. It will continue because I was born to give, I find it fun making others happy, so I’m not sure of giving up anytime soon on my giveaways.”

He concluded saying; “By God’s grace, we’ve been able to help few people pay up their school fees, house rent, feeding, name it, all through the giveaway thing. I’m sure so many lives have been touched positively with the goodwill.”