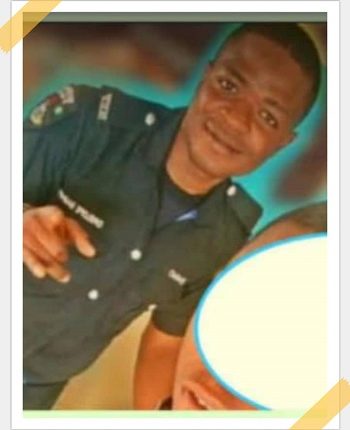 The family of a police corporal, Orelope Bashit Olaide with Force number 514047 and signal serial number OYS/PC?6/57B, attached to the Iganna Area Command Headquarters, Oyo State has called on the Nigeria Police Force, the Human Rights Commission and the entire public, particularly, security agencies in Iganna, to help find their son, who went missing while on official duty.

Bashit was appointed as a Constable in the Nigeria Police Force on December 28, 2016, and was posted to Eruwa Divisional Police Headquarters after his training and later moved to Iganna Area Command Headquarters in 2018, where he continued serving till he went missing while on official assignment in January.

According to his father, Olatunji Waheed Orelope, Bashit used to talk to his family regularly and ensures he communicates with them at least three times a week. And this was the situation until January 11, 2020, when he didn’t get in touch as usual and his lines were unreachable; the family did not know what was wrong until two officers from Iganna Police Command came to their home in Oyo, to look for Bashit.

This was surprising to the family because Bashit’s last visit home was in December 2019, before the yuletide, when he visited home while on his way to an assignment in Ibadan. Bashit’s father travelled to Iganna on January 17, 2020, to meet with the Area Commander to find out what happened to his son.

“I met the Area Commander and in the course of our conversation, he said the information given to him by the Divisional Police Officer was that there was an incidence of robbery attack on the police while on patrol and it was during this that Bashit went missing. He said they had been trying to find him to no avail.

“My son was discharging his duties like a responsible security agent in the service of his fatherland, he should not go missing while others in his team have nothing to say, this is uncalled for. It was gathered that the police didn’t start the search until after five days. We appeal to the police and anyone that has information about our son to please save us from this agony.

“Please help us find our son, he is just 26 years old and has his life ahead of him,” the elderly Orelope stated.