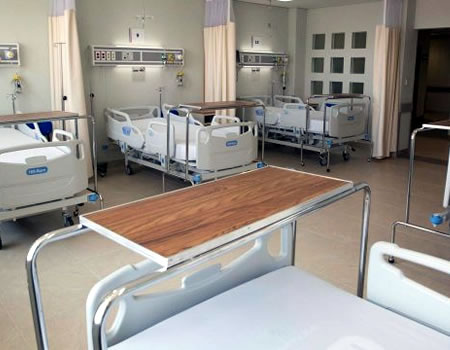 The News agency of Nigeria (NAN) reports that the project was inaugurated by the state Commissioner for Health, Dr Vincent Okpala, on Tuesday.

Okpala, who was represented by the Permanent Secretary in the ministry, Dr John Ndibe, praised the Foundation, made up of Anambra indigenes, for initiating and funding the project.

“I am always overwhelmed when I see such gestures, an indication that some people are thinking about the welfare of others.

“I thank you for adopting this idea while studying in America and for deeming it appropriate to furnish, equip and employ workers for the health centre,’’ the commissioner said.

A member of the Board of Trustees (BOT) of the Foundation, Dr Victor Iloegbunam, said that the group believed in giving back to the society.

He said that the Foundation had been working on four areas: Health, Opportunity for economic empowerment, Borehole for water and Education (HOBE), with particular focus on Awa and Abatete in Orumba North and Idemili North Council Areas respectively.

“At Community Secondary School, Awa, we donated an ultra-modern science laboratory, in addition to the classroom blocks renovated and the many boreholes sunk in the community.

“We have completed, equipped and employed a doctor and five qualified nurses for this cottage hospital. Everything here is free; you only need to pay for drugs at wholesale price,’’ Iloegbunam said.

He called on well-meaning individuals and groups to contribute their time, talents and resources to ensure that the facility continued to provide services for the people of the community.

The President-General of Abatete, Mr Moses Chukwuka, urged the state government to employ more doctors and nurses for the facility, and provide an ambulance.

Chukwuka assured that the community would continue to cooperate with the Foundation and the state government in order to attract more development projects to the community.