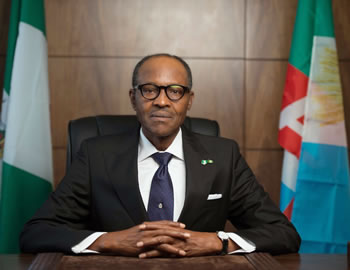 In the spirit of on-going war against corruption, the Amalgamated Union of Public Corporations, Civil Service Technical And Recreational Services Employees (AUPCTRE), has called on the Federal Government to ensure that all state governors should be made to account for the disbursement of the bailout funds.

In a communique issued after the 20th Plenary Session of its National Governing Council (NGC), in Abuja recently, AUPCTRE alleged that most of the state governors have misappropriate the fund resulting in their inability to pay their workers for many months.

In a communique signed by the National President of AUPCTRE, Comrade Solomon Adelegan and the General Secretary, Comrade Yusuf Zambuk, the union decried irregular payment of salary, pension, gratuity and remittance of union dues by the state governments, despite the Federal Government assistance through the bailout funds.

“NGC-in-session further calls on the Federal Government to ensure that all states government should be called to account for the disbursement of the funds in the spirit of the current war against corruption.

“Deriving from above, the NGC-in-session wish to put the affected states on notice to either immediately resolve the issue of paying outstanding salary, pension and gratuity arrears in their respective states or be prepared to face the anger of the organised Labour.”

Specifically, the union condemned in its totality the non-payment of salaries, pension and gratuity in Ondo, Ekiti and Oyo states.

While supporting the current industrial action in these states, the union regretted that rather than address and resolve the issue, the affected states have resorted to harassing and intimidating the Labour leaders by way of arrest, manhandling, and detention of Labour leaders.

AUPCTRE also expressed serious concern at the wave at which both the Federal and various state governments are committed to privatising the critical sectors of the economy especially those that provide essential services to the people, such as water, electricity and others.

It, therefore, expressed opposition to any form of privatisation, commercialisations and concessioning based on the fact that every government whether Federal or state has the responsibility to provide essential social services for its citizens.

The union emphasised that privatising these critical sectors of the economy will therefore nagate this basic objective; adding, “the session therefore resolved that both the federal and state governments contemplating privatisation should desist or face the wrath of the organised Labour.

It also frowned at the unconstitutional activities of Governor Nasir El-Rufai of Kaduna State, as it affects trade union membership, deduction and payment of check-off-dues to the registered trade unions, adding that the issues are on the exclusive legislative list of Nigerian constitution.

The union commended the Federal Government for its efforts in containing the menace of deadly Boko Haram insurgency; but regretted that while the government was working hard to overcome the challenges of Boko Haram, other serious challenges of Fulani herds men, the Niger-Delta Avengers and Biafra agitators are emerging.

ASUS out with ZenFone Max