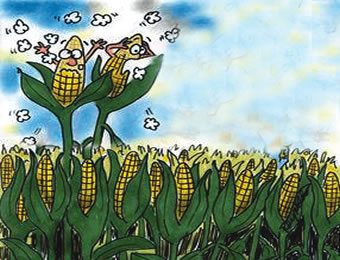 FARMING activities should be given priority attention as farmers are playing a vital role in the lives of the people and for the betterment of our natural resources.

The fact remains that government wants people to be self-employed and farming is the easiest way to be self-reliant. But without the availability of the capital, nothing can be done in this regard.

Apparently, there are many impostor farmers who are receiving inordinate funds from the government under the guise of making use of such money for farming but no single farm can be found anywhere let alone farm products.

The real farmers are suffering without receiving necessary assistance from the government and there is a limitation to what a poor helpless farmer can produce for the masses to consume. Truly, the cost of farm products are skyrocketing on a daily basis in the sense that only the minority farmers can produce with their limited energy and resources. It is shameful these days that we are hearing about the importations of rice and other farms products.

Demographically speaking, the youth who are jobless are many in this country and they are ready to apply their dexterity in the area of agriculture if they were empowered by the government especially those who are graduates among them.

The best way to curtail the menace of criminality and other social vices in the society is to empower the youth in the agricultural sector as they cannot all be gainfully employed in the civil service.

The nomination of Onochie as INEC commissioner