When ginger, garlic, aloe vera can be deadly 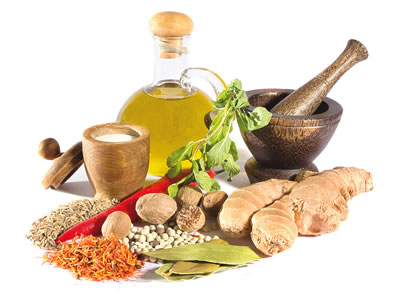 Common herbs like Aloe vera, ginger, garlic among others have been found to be dangerous when taken by persons with certain underlying health challenges.

Why the rise in herbal medicine?

According to Mr Martins Ekor, a pharmacologist, “the general perception that herbal remedies or drugs are very safe and devoid of adverse effects is not only untrue, but also misleading. Herbs have been shown to be capable of producing a wide range of undesirable or adverse reactions some of which are capable of causing serious injuries, life-threatening conditions, and even death.

“The recent resurgence of public interest in herbal remedies has been attributed to several factors some of which include various claims on the efficacy or effectiveness of plant medicines; preference of consumers for natural therapies and a greater interest in alternative medicines; erroneous belief that herbal products are superior to manufactured products; dissatisfaction with the results from orthodox pharmaceuticals and the belief that herbal medicines might be effective in the treatment of certain diseases where conventional therapies and medicines have proven to be ineffective or inadequate; high cost and side effects of most modern drugs; improvements in the quality, efficacy, and safety of herbal medicines with the development of science and technology; patients’ belief that their physicians have a movement toward self-medication.

“The increasing utilisation of herbs for self-medication by patients or individuals is also attributed to a number of other reasons such as patients being uncomfortable about discussing their medical problems and fear lack of confidentiality in handling their health information; fear of possible misdiagnosis and wrong treatment by patients with non-specific symptoms or general malaise and lack of time to see a physician. Many also select herbal medicines from a deductive approach based on anecdotal information, that is, “it worked for my friend or relative.” So also, because of the influence of religion and greater level of spiritual consciousness, many individuals tend to be increasingly disposed to accepting therapeutic value of a treatment based on faith or intuition rather than scientific reasoning.”

The dangers inherent in herbal medicine in today’s world

It is generally assumed that since herbs are free gifts of nature, there can be no harm in their use however, experts disagree. Despite the fact that plants can be medicine, according to researcher and botanist, Mr Paul Adebayo, “The reality is that “safety” and “natural” are not synonymous. The fact that something is natural doesn’t automatically mean it is safe in its entirety. It could have several adverse effects and reactions. These effects or reactions may be sudden or may be protracted without the victim even associating ill health to the use of certain herbs.

“In general, the safety and effectiveness of herbal medicines have not been scientifically proven. As a result, there is limited understanding of plant and drug interactions, some of which have led to adverse reactions that are sometimes life threatening or lethal. Even though plants are natural and some have been used as medicine for centuries, certain factors can mitigate against getting the benefits that once were obtainable. Such factors include the species and variety of the plant, the plant’s habitat, how it was stored and processed, and whether or not there are contaminants (including heavy metals and pesticides). All of these factors can be sources of concern in the safety and effectiveness of certain herbs and plants.

“Also, some herbs may cause allergic reactions or interact with conventional drugs, and some are toxic if used improperly or at high doses. Some herbs may also be inappropriate for people with certain medical conditions.”

Mr Ekor adds that “In most countries, herbal medicines and related products are introduced into the market without any mandatory safety or toxicological evaluation.”

Those at risk while using herbal medicine

Professor of Phytomedicine, University of Benin, Professsor MacDonald Idu, in a paper entitled: The plant called medicine,  stated, “In many cases the safe use of herbal medicines has not been established in pregnant women, breastfeeding mothers, children and the elderly.  Therefore, caution should be taken about use of herbal medicine in pregnancy, when breast feeding or in children/elderly.

“If you are due to have a surgical operation always remember to tell your doctor about any herbal medicines you are taking. Some herbal medicines could alter the effects of anaesthetics or other medicines during surgery.

“Anyone with a history of liver complaints or any other serious health condition is advised not to take any herbal medicine without speaking to their doctor first.”

Pros and cons in the use of some herbs

Turmeric: This has been used to aid digestion and liver function, relieve arthritis pain, and regulate menstruation. Turmeric has also been applied directly to the skin for eczema and wound healing. Today, turmeric is used for conditions such as heartburn, stomach ulcers, and gallstones. It is also used to reduce inflammation, as well as to prevent and treat cancer.

Adverse effects: Professor Idu stated, “High doses or long-term use of turmeric may cause indigestion. In animals, high doses of turmeric have caused liver problems. No cases of liver problems have been reported in humans. People with gallbladder disease should avoid using turmeric as a dietary supplement as it may worsen the condition.”

Garlic: Besides its use as a food or food additive, garlic has found relevance for properties such as antiseptic, antibiotic, antiviral, anti-allergy, aphrodisiac, anti-amoebic, anti-coagulant, detoxifier and stimulant; may protect the heart and nervous system, enhance the body’s immune system, decrease the side effects of drug therapies for cancer.

Adverse effects associated with garlic extract include burning sensation in the gastrointestinal tract, nausea, diaphoresis, and light-headedness. It has also been discovered to react with certain drugs for instance,  anti-inflammatory medications, such as ibuprofen or naproxen; aspirin, ASA; clopidogrel; cilostazol; dalteparin, enoxaparin, heparin or other injectable blood thinners; dipyridamole; saquinavir; ticlopidine; warfarin. A study by the National Institute of Health found that garlic can decrease the effectiveness of a variety of prescription medications used to treat AIDS, some cancers, heart disease and organ-transplant patients.

Aloe vera juice: The juice from Aloe vera leaves applied directly to a wound, burn or ulcer, has been said to greatly speed up the healing process. It is sometimes ingested to treat gastrointestinal problems.

Adverse effects recorded in its use include abdominal pain, diarrhoea, potentially carcinogenic, with others can potentiate cardiac glycosides and antiarrhythmic agents. This was published in a study by Elvin-Lewis, M. entitled “Should we be concerned about herbal remedies” in the 2001 edition of the Journal of Ethnopharmacology.

Ginger: This herb has been discovered to be anti-inflammatory, anti-viral, circulatory stimulant, antiseptic, control nausea.

Adverse effects stem from its circulatory functions as it may alter bleeding time/increase the risk of bleeding and can cause problems with blood clotting, heart rhythms, blood pressure, and blood sugar levels. Experts advise that if one has gallstones or takes blood thinners, ginger should be avoided.

Bitters: In a study entitled “The growing use of herbal medicines: Issues relating to adverse reactions and challenges in monitoring safety” published in the journal Frontiers In Pharmacology (2013; 4: 177), the researchers stated that “the toxicity evaluation of a polyherbal formula, conducted recently in our laboratory (Ekor et al., 2010), was prompted by an unpublished case report of a young male adult who had been on self-medication with this herbal product and was subsequently admitted to the hospital on account of liver failure. This herbal product is one of the herbal remedies that is widely advertised in the various Nigerian media and as such has gained so much public acceptance over time and continues to enjoy increased patronage among consumers, especially in the Southwestern part of the country. Our study revealed that this herbal formula was capable of elevating plasma levels of liver enzymes and inducing hypokalemia following 30 days administration in rats. From our observation, the potassium loss (which is capable of predisposing to dangerous arrhythmias) was a greater risk associated with this herb during this sub-acute exposure or toxicity study.”

Guava: This plant has been used for centuries for cleaning wounds and as mouth wash for mouth infection and sore gums and tooth decay. Crushed leaves are applied on wounds, ulcers and rheumatic places,and leaves are chewed to relieve toothache. The leaf decoction is taken as a remedy for coughs, throat and chest ailments, gargled to relieve oral ulcers and inflamed gums.

Adverse effect according to Professor Idu is the fact that guava has recently demonstrated cardiac depressant activity and should be used with caution by those on heart medications. Guava fruit has also been shown to lower blood sugar levels and should be avoided by people with hypoglycemia.

General advice for the use of herbal medicine