• Tasks FG to fish out those that razed Igboho's house 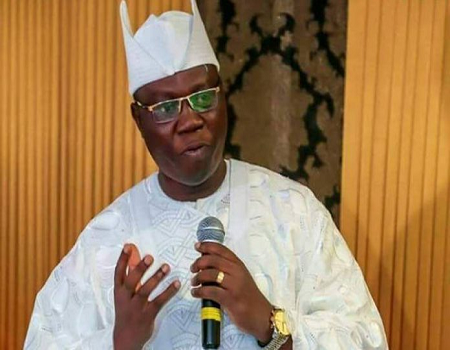 Aare Ona Kakanfo of Yorubaland, Iba Gani Adams, has commended the South-West governors for raising their voices against night and under-aged grazing across the region, saying the new agreement to do away with those two problematic areas was a swift response to the growing spate of insecurity across the region.

The governors had, in a meeting held, on Monday, with the leaders of Miyetti Allah Cattle Breeders Association of Nigeria (MACBAN), in Akure, the Ondo State capital, agreed to outlaw open and under-aged grazing in South-West.

Throwing his weight behind the new development, Adams in a statement, on Tuesday, by his Special Assistant on Media, Mr Kehinde Aderemi, maintained that the effort of the governors was a step in the right direction and an attempt to douse the tension and also proffer a lasting solution to the protracted problem of insecurity in the region.

This was just as the Yoruba generalissimo argued that there was a need to support the South-West Security Network better known as Operation Amotekun, in addressing the security problem in the region, noting that the South-West was a very complex when compared with other regions in the country.

“I commend the governors on the new development. It was a welcome development. The underlying motive is to reduce the growing tension in the region. But in solving these problems, we need to support the South-West Security Network better known as Operation Amotekun.

“South-West is a very complex region when compared with other regions. For instance, HISBA which is the security outfit in the North has been in existence for years, and it is presently in about 13 states in the region.

“But it is unfortunate that some individuals in the South-West are determined to change people’s perception about Amotekun, doing everything that is possible to soil the image and undermine all the efforts of the South-West security outfit,” Iba Adams.

Speaking on the fire incident that razed Chief Sunday Igboho’s house in Ibadan, the Aare Ona Kakanfo, condemned those behind the attack, saying it was an attempt to frustrate the young man.

Adams said it unfortunate that some powerful individuals in the South-West were not happy with what was happening in the region, urging the Federal Government to unravel those behind the fire incident in order not to overheat the polity.

“The ugly incident speaks volume of the spate of insecurity across the country. The government is in the best position to investigate the circumstances surrounding the ugly incident so that they will not overheat the polity,” Aare Adams said.