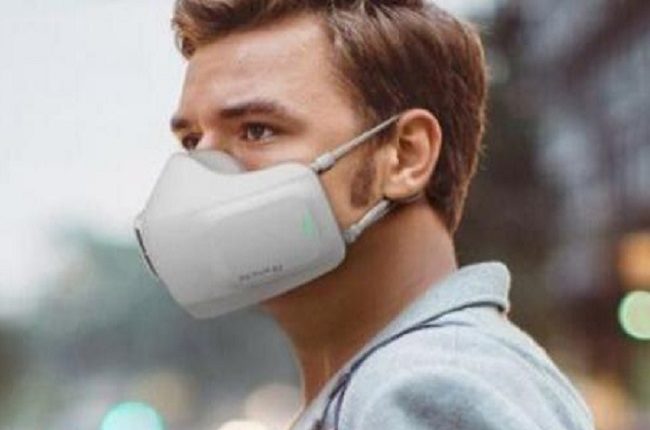 There aren’t many silver linings to be found in the predicament the world is in but one thing is certain: the creative technology solutions we’ve developed to fight the pandemic will benefit us forever. There have been a paradigm shift from how people think about hygiene and are now more conscious about their health and wellness.

At the forefront of innovation for the new normal is LG Electronics. LG has long been associated with healthy, hygienic life and this reputation has resulted in the creation of an entire new category of wearable air purifier technology to deliver a new level of portable protection.

Not many air purifiers provide 360-degree air purification, and LG’s PuriCare 360°Air Purifier does that and more, strategically designed close to the floor so that air from top to bottom is clean for all –adults and toddlers alike –to reap the benefits. This purifier uses a powerful filtration system and lets users know the level of their air quality via the easy user interface on top.

In need of a purifier as portable as the Wearable Air Purifier, LG has a model in every size one could possibly need. PuriCareMini Air Purifier weighs just 530 grams (1.17 lbs) so it can be taken anywhere –an office, café or car. Equipped with a Total Allergen Removal Filter, the device can handle particles as large as a human hair and as small as ultra-fine dust (PM 1.0). This purification option utilizes a near silent Twin Tornado Dual Fan to dispense clean air much farther than you’d expect from such a compact device, and will do so for a solid 8 hours before needing a recharge.

Two new technologies consumers can also find in LG products are steam and ultraviolet C (UV-C) light robot designed to kill viruses on heavily touched surfaces. Well, calling “steam” technology might be a bit of a stretch given that steam has been around since the formation of the earth but harnessing that steam and UV-C light in consumer and commercial products is what LG has been able to do with much success.

According to Mr Hari Elluru, Head of Corporate Marketing, LG Electronics, West Africa Operations, “LG is finding other creative ways to use ultraviolet-C rays to protect the public, LG’s latest autonomous CLOi robot employing ultraviolet-C light to bring peace of mind. LG CLOi UV-C robot was developed to clean high-traffic public areas and will be put to work in retail, corporate, educational and hospitality settings in the US early this year.

“LG Tone Free is another product that uses UVnano LED to keep customers healthier. These true wireless earbuds are the ultimate accessory for music lovers and conference callers with a case that clean the earbuds while they’re being charged”, he said.

LG ProBake Convection Oven is not only lauded for its supreme cooking skills, but for its ability to stay clean as well. LG’s EasyClean feature fills the inside of the oven with steam to make wiping away cooking residue effortless so that your next meal is prepared in a clean, spotless interior. It also means there’s no crusty build up inside the oven to create uneven heat dispersal leading to undercooked sections of meat, which can be dangerous.

And after the meal is over, LG’s dishwasher is there to not only make those dishes spic and span clean but to also make your dishes and utensils safer, with its high temperature steam which is 99.99 percent effective in eliminating germs and bacteria.

The South Korean technology giant’s CLOi robot looks like a plug-in space heater on wheels and is set to be digitally unveiled recently at CES, which was among the world’s biggest tech conferences but went virtual this year.

The device will ship to LG’s business customers in April — almost a year after several start-ups and organizations began hyping their automated germ-blasting machines in the face of a deadly respiratory virus. Still, LG thinks it is right on time as industries remain crippled by the outbreak and Americans face months of vaccine distribution ahead.

LG’s CLOi robot has a built-in motion sensor that shuts it off when people are around, and it is meant for restaurants, corporate offices and retail stores. It can navigate around tables, chairs and other furniture by itself, generally disinfecting a room’s touchable surfaces in up to 30 minutes.