From newspaper circulation manager to WTO Deputy DG: Story of Nigeria’s Frederick Agah who will be Okonjo-Iweala’s deputy 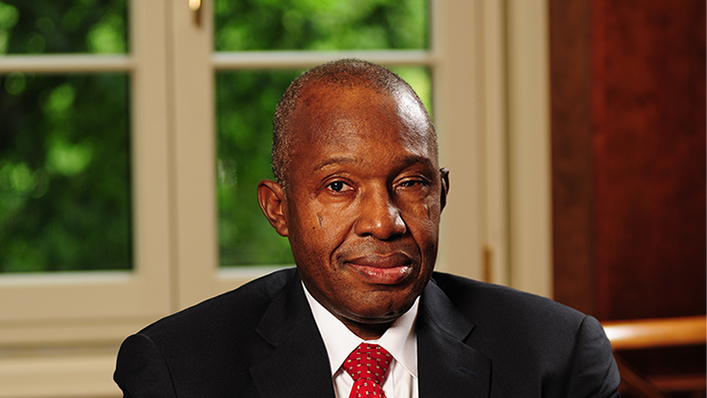 That former Nigerian Finance Minister, Dr Ngozi Okonjo-Iweala, was on Monday formally confirmed as the new Director-General of the World Trade Organisation (WTO) is no longer news, what many are not aware of is that one of the four deputy directors-general of the world body is also a Nigerian.

In fact, the man was once the features writer and circulation manager of a newspaper outfit before he went ahead by dint of hard work to become the Deputy Director General of the world trade body.

Dr Okonjo-Iweala was formally confirmed by the 164-member world trade body as the director-general during its Annual General Meeting (AGM) held in Geneva, Switzerland, on Monday after the United States had endorsed her nomination for the top post.

However, out of the four Deputy Directors-General who are currently occupying the position and who will work with her, one of them is a Nigerian. His name is Yono Frederick Aga, who had been the deputy director-general since 2013 and whose eight-year term will end in October 2021.

According to the information on the website of the WTO, www.wto.org, the four current deputy directors-general of the body are Yonov Frederick Agah of Nigeria, Karl Brauner of Germany, Alan Wolff of the United States and Yi Xiaozhun of China.

According to the website, Yonov Frederick Agah began his first term as Deputy Director-General of the WTO on 1 October 2013. He has been reappointed for a second four-year term, starting on 1 October 2017 which will end on October 2021.

Agah was appointed as Nigeria’s Ambassador to the WTO in 2005. In that capacity, he served as the Alternate Chief Negotiator for the Doha Round and Head of Nigeria’s Trade Office to the WTO in the Permanent Mission of Nigeria to the United Nations Office in Geneva.

The Trade Office is responsible for Nigeria’s participation in Geneva-based trade-related international organisations, particularly the UN Conference on Trade and Development, the World Intellectual Property Organisation, the International Trade Centre and the WTO.

Mr Agah served as Chair of the WTO’s General Council in 2011. He was responsible for organising the Eighth WTO Ministerial Conference, which was acknowledged to be successful despite the prevailing stalemate in the Doha Round.

Before his appointment by the Nigerian government, Mr Agah has previously worked as a lecturer at Kaduna Polytechnic, Kaduna (1979-81), senior features writer/circulation manager, Benue Printing and Publishing Corporation (1982-84)’

Mr Agah holds a Bachelor of Science and Master of Science in Economics from Ahmadu Bello University, Zaria, Nigeria. He obtained a Master of Business Administration and Doctor of Philosophy in Economics (International Trade) from the University of Jos, Nigeria, in 1989 and 2007 respectively.

His doctoral dissertation was on “Trade Policy Reform and Economic Growth in Nigeria Since 1986.” Mr Agah also obtained a Bachelor of Laws from the University of Abuja, Nigeria, in 2009.