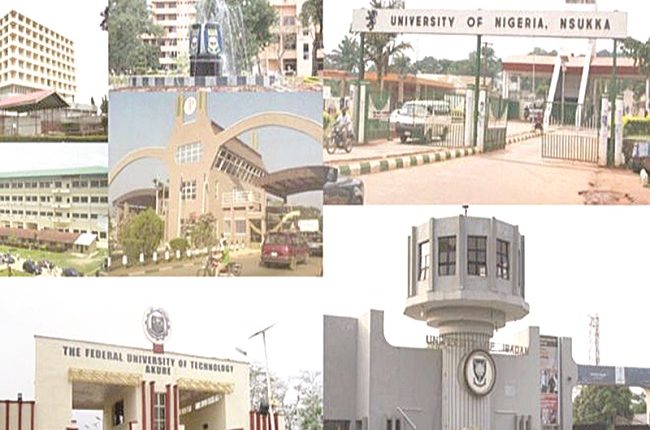 As part of responses to the raging COVID-19 pandemic, President Muhammadu Buhari on March 19 announced that all schools across the country be shut. The directive which became effective on March 26, 2020, put a pause on all academic activities across the country.

As at the time the directive was made by the President, COVID-19 cases in Nigeria stood at 12 out of which one person was discharged. Thirty-five weeks after the index was recorded, COVID-19 cases have increased exponentially, claiming lives across the country.

In spite of this increase, different groups have continued to mount pressure on the Federal Government to reopen all schools across the country. As a compromise, the Federal Government allowed secondary school students in terminal classes sit the 2020 West African Senior School Certificate Examination (WASSCE).

The same waiver was granted to students who would sit the National Business and Technical Examination Board (NABTEB) and National Examination Council (NECO) exams scheduled to start September 21 and October 5 respectively.

The Basic Examination Council Examination (BECE) started on August 24 while the National Common Entrance Examination (NCEE) will hold on October 17, 2020.

The continued closure of tertiary institutions across the country has put the hopes and dreams of students in the balance but at a safer cost since the closure was done to contain the spread of the coronavirus.

As the pressure on the government grows, so do concerns on the ability of infrastructure on campuses to effectively accommodate the COVID-19 prevention protocols laid down by the government, the nation’s highest disease control agency, Nigeria Centre for Disease Control (NCDC), and the World Health Organisation (WHO).

National president of the Academic Staff Union of Polytechnics (ASUP), Anderson Ezeibe, told Nigerian Tribune, “There are fundamental questions. Are we actually in a pandemic? Yes, this is obvious.  What is the mode of transmission of the virus? The answer is obvious. Are there medical and non-medical protocols to observe to stay un-infected in the public? Yes, there are. Then, are our institutions equipped to observe these protocols – medical and non-medical protocols? The answer is a no, because the clinics are not functioning the way they should be functioning. It’s a no because we know the state of the hostel facilities in the schools.”

Efforts to speak with the National President of ASUU, Professor Abiodun Ogunyemi, on this matter proved abortive. But the national president of the Senior Staff Association of Nigerian Polytechnics (SSANIP), Adebanjo Ogunsipe, asked the government to emulate other countries in trying to find a workable solution to the resumption of schools.

“I know in some schools, particularly federal polytechnics, some of these things will be easily put in place. They won’t have students in classes above carrying capacity, but most of the state polytechnics are so crowded. How will you enforce such measures like social distancing in such places? It is largely unsafe for reopening of schools,” he said.

But are individual schools ready for resumption?

Nigerian Tribune also spoke with some top management members of the institutions on their level of preparedness for the resumption of schools.

A top management member of the Tai Solarin University (TASUED) who doesn’t want to be named said, “the institution is ready for resumption; we fumigated the school some weeks ago. Some of the non-teaching staff still come to school. COVID-19 prevention measures have been put in place. You can see people putting on face masks and maintaining social distancing. These protocols are highly maintained and the school management distributed sanitisers to every staff member in the school; all hand washing equipment are there at the entrance and exit of each block.”

Chairman of the Academic Staff Union of Universities (ASUU), TASUED chapter, Dr Olatunji Ettu, told Nigerian Tribune that the “issues regarding the closure of schools are in two phases. One is about COVID-19 and the other is the issue of our strike. As per the issue of COVID-19, it falls under the purview of the government to decide when schools resume. On our strike, we are continuing with our strike until the government tries to do the needful regarding our demands.”

The Public Relations Officer of Crescent University, Abeokuta, Idris Katib, said it is apposite to also consider reopening of schools soon since the lockdown of various sectors across the country is being eased, adding that the continuous shutdown of institutions as a result of COVID-19 has taken its toll on schools, especially private institutions.

Some students who also spoke with the Nigerian Tribune also expressed fears on the resumption of school during the pandemic.

Abiodun Jamiu, a 300-level student of political science from the Usmanu Dan Fodio University (UDUS) said “the closure of schools to stifle the spread of COVID-19 is unavoidable. Throughout the world, the same step is being taken. I believe it is the level of insincerity that keeps plaguing the relationship between government and the people. Market places have been reopened, airports, political rallies also.

“Schools can only be reopened when we’re sure safety measures lined up by the NCDC will be strictly observed. But Nigerian schools are ill-equipped and bereft of funds.”

Corroborating Abiodun, an ND II student at the Ogun State Institute of Technology (OGITECH), Michael Soaga, said that the government should endeavour to reopen the schools since it allowed elections to hold in some parts of the country.

But another student studying Mass Communication at the same institution, Victoria Olayode’s concerns were the financial obligations which would greet the resumption of schools. According to Olayode, the obligations include but not limited to house rent, tuition and procurement of learning materials.

A final year Microbiology student at the Kwara State Polytechnic, Favour Adebukola, said students will always be the victims of the closure or reopening of schools.

Hakeem Onike, a parent who is based in Lagos, said: “Of course I support the reopening of schools if COVID-19 precautionary measures can be adhered to, including social distance, use of nose cover and/or gloves, regular hand washing.”

Another parent who is based in Abuja, Oluwemimo Damilola, told Nigerian Tribune that schools should not be reopened at the moment, adding that “it will be to the detriment of our children’s health.”

The national president of the National Association of Parent-Teacher Association of Nigeria, Haruna Danjuma, told Nigerian Tribune that the association and the Federal Government are also looking at the resumption of students in other classes after the completion of the ongoing terminal examinations.

“We promised the Government that we would have a successful and pandemic-free examination. So, with regard to the reopening of other classes, that should come after we are through with the SSCE exam.

“Concerning those in higher institutions, I know you are aware that the NANS recently demonstrated and that also is receiving serious attention from the government and the minister also made a pronouncement.

“Very soon, I believe the higher institutions will be reopened depending on the outcome of the meeting/deliberations,” Danjuma said.

WEBINADEMIC: How nonprofits stepped up training for campus journalists despite…

How Nigerians coped with mental stress during COVID-19 lockdown