Features
By Yejide Gbenga-Ogundare On Sep 18, 2020 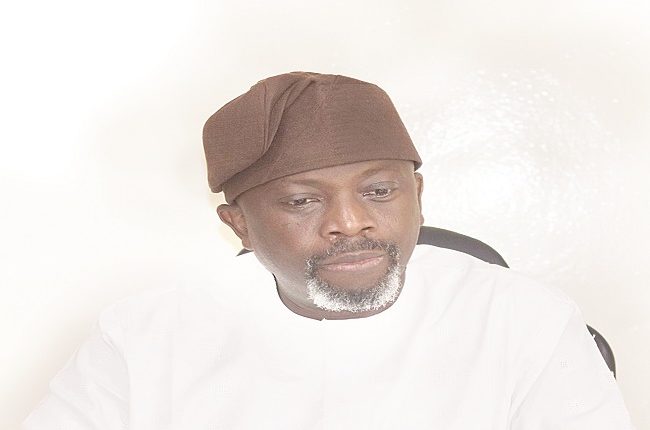 Since your agency came on board, what aspect of your assignment have you touched on?

We have touched on basically all aspects of our mandate; we are primarily in charge of concession of government assets and we have done four major concessions. Let me mention two that will be well known to people. We have done concession of the asphalt and quarry plant that we have in Ijaiye; that’s somewhere around Moniya. A private investor is running it profitably and the government of Oyo State gets a percentage of the revenue when sales are made.

How much did the government invest in monetary terms?

Because it is a concession project, Oyo State did not put one naira into the project; it costs the government nothing. What we did was to get investors that can run the business profitably and we negotiated with them based on the quantum of investment they want to put, how long they will have the concession and the revenue that is accruable to Oyo State from that. Currently, you can buy all manners of stone-based granite and asphalt there. We are also happy to say that the ‘Operation no potholes’ being carried out by the state government currently is done mostly with the asphalt gotten from the plant. So, it is a win-win situation for government; government is doing its duty in terms of infrastructure and still getting revenue because, for anything that is bought at that asphalt plant, we get a cut of that as a government. The second one is the Agbowo Shopping Complex. We have been on that and I am happy to say that by next week, the governor will be handing over the asset to an investor on a concession basis. These are two critical assets of the state that we have been able to concession since we came on board.

What about the Public-Private Partnership?

PPP is basically about an investor coming in, the government gives an asset like a piece of land and they build an estate or any infrastructure on it and government gets part of the assets. We have been able to do PPP in collaboration with the Housing Authority, our sister agency, on a project known as the Ajoda New Town, a 360-unit low-cost housing, and we have been able to enter into a PPP agreement on that as well as a 48-unit housing project in Bodija. This will consist of luxury duplex and flats. They are not low-cost housing because we want to be able to cater for a mix of the low end to the high end. In the same Bodija, there is another 11 units five-bedroom duplex that we have entered into a PPP agreement on. We also entered into a PPP agreement with an investor that will put in sporting infrastructure in what we know as the housing playground in Bodija. So, for us as an agency, we have been able to do a lot on PPP in terms of housing. On mining, we have gone into PPP with an investor that is currently doing some geophysical workaround Oyo State so that we know exactly what we have in terms of data because without the data, you can’t really plan. We are also talking with a company currently on PPP basis that is going to do waste-to-wealth by converting our dumpsites to fertilizers as well as energy. We also have a project in Asejire on a PPP basis that will give the Asejire environment power from the Asejire Dam. That’s what we have done concerning PPP.

Has there been any project for MSMEs?

Oyo State currently runs a one billion naira fund which we call our Post-Covid Stimulus MSME Development Fund, and what we have done is to select four microfinance banks across Oyo State to manage this. One is in Ogbomoso, it is in charge of MSMEs loans for five local government areas in Ogbomoso and four local government areas in Oyo. There is one in Saki that takes care of the 10 local government in Oke Ogun Area, while we have two in Ibadan. They are in charge of Ibadan and Ibarapa zone. They have started disbursing after going through their KYC and done their due processes and we believe that will stimulate the economy because the economy of a city or town relies solely and majorly on MSMEs

How accessible are those loans and are the interests not strenuous?

Well, they are accessing it and interest is in single digits; just nine per cent. And I don’t think you can get it cheaper anywhere. Commercial banks do 24 to 26 per cent, but this is a single-digit loan.

What are your expectations from the masses toward your initiatives?

Our expectation and appeal to people are to see all our projects as their own as the benefit will be for the state as a whole and will lead to exponential growth in terms of the economy of the people and the state. The people should see the initiatives as empowerment for them and key into it.